'Teens of Denial' arrives May 20 via Matador 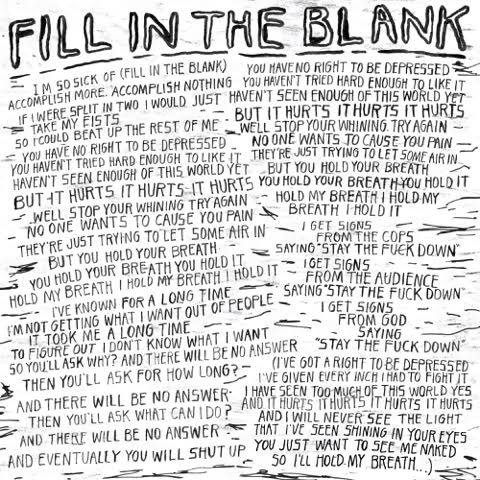 Car Seat Headrest, fronted by the perennially ill at ease Seattle resident Will Toledo, will release their Matador debut, Teens of Denial, on May 20. They’ve already shared its lead single, “Drunk Drivers / Killer Whales,” and now they’re unveiling album opener “Fill in the Blank.” Featuring album artwork of written-out lyrics, “Fill in the Blank” has Toledo sounding frustrated with factors outside of his control, which only makes him more upset with himself (“You have no right to be depressed / you haven’t tried hard enough to like it”). Listen below, and read our In the Studio with Car Seat Headrest.