I would watch that movie 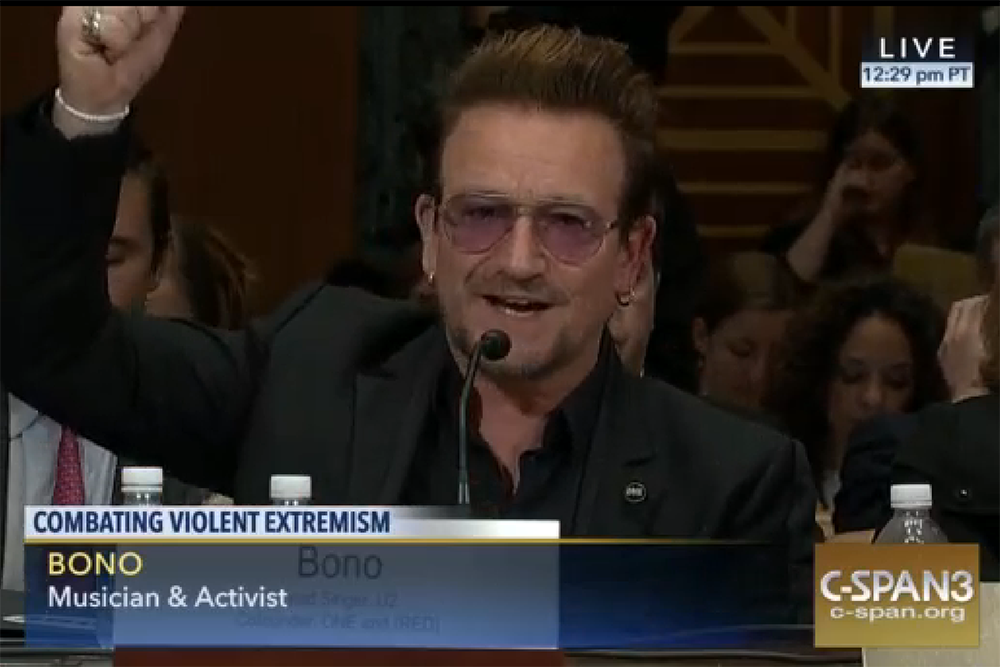 U2 frontman Bono testified before the United States Senate yesterday because, sure, of course he did. The musician/activist/haphazard cyclist joined a group of diplomats and experts on foreign aid to speak at a subcommittee hearing on the “causes and consequences of violent extremism and the role of foreign assistance,” according to Reuters, and suggested that the U.S. invest aid into the Middle East because it’s “the best bulwark we have against violent extremism.”

Now, soft power — influencing another nation through culture rather than force — is a very real part of international relations, but what Bono said next was still a bit of a shock. “It’s funny… don’t laugh, but I think comedy should be deployed,” he said, arguing that humor could deflate some of the pomp with which extremist groups like ISIS and Boko Haram present themselves with. “You speak violence, you speak their language,” he continued. “But you laugh at them when they are goose-stepping down the street and it takes away their power. So I am suggesting that the Senate send in Amy Schumer and Chris Rock and Sacha Baron Cohen, thank you.”

Bono clearly didn’t mean we should actually parachute the elite super team of comedians into hostile territory to take down ISIS from the inside with the power of laughter, but that’s still what we’re picturing. And based off her tweet in response, that’s what Amy Schumer was thinking too.

Watch a clip of Bono’s testimony below.