Birdman Curses Out ‘The Breakfast Club’ Before Ending Interview Early

Well, it wasn't much of an interview, per se... 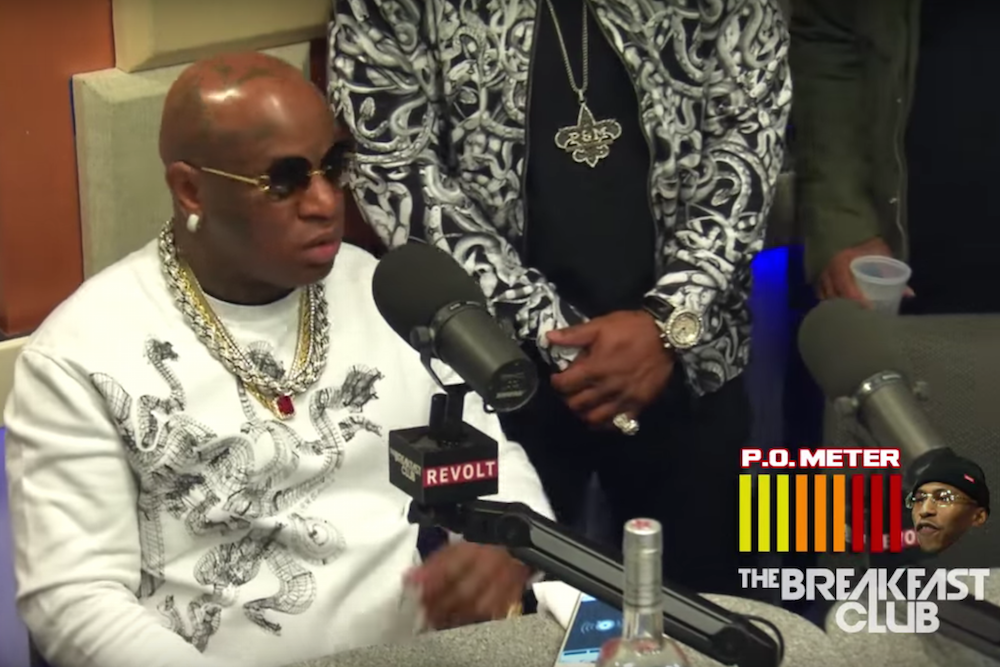 Birdman’s interview with Power 105.1’s Angie Martinez in 2015 went pretty amicably. His “interview” with The Breakfast Club this morning was, to put it lightly, the complete opposite.

The Cash Money entrepreneur wasn’t willing to exchange words with the trio of hosts and immediately kicked things off by saying, “I’m telling all three of y’all to stop playing with my name. Stop playing with my f**king name.” The camera flashed to Angela Yee furrowing her eyebrows, sensing that this was going to be a tense couple of minutes.

At least it was short. Birdman sat down and refused to answer when Charlamagne Tha God prodded him (“Why pull up on the radio guy?”) on what exactly he was upset about.

After less than two minutes in the studio, Birdman put on his shades, proclaimed “I ain’t got no more talkin,” and left the show with his squad.

Although the scene was a bit of surprise, Charlamagne’s abrasiveness has gotten under the skin of Breakfast Club guests in the past. Onyx’s Fredro Starr threatened him after he asked about an alleged sexual encounter with Brandy, and Charlamagne aggravated Omarion during a sit down at Power 105.1’s PowerHouse concert. Like with Birdman, Charlamagne was unshaken and willing to continue the interviews.

Birdman’s ire seems to be aimed at The Breakfast Club itself rather than the entire radio station. Angie Martinez said on Instagram that she had “an amazing conversation” with Birdman earlier this week. That interview, preempted by Prince tributes yesterday, is scheduled to air later today.

Had an amazing conversation with @birdman5star yesterday. His story is so fckn crazy! tune in today 3p. and the full video will be up at 4p. ***** update: (sorry guys …but in an effort to pay respect to one of the greatest and most influential artists of our time. I dedicated my entire show to #PRINCE today. all other programming was cancelled. Stunna will air tomorrow. love! 💜)