"I'd like to introduce my friends, Run the Jewels" 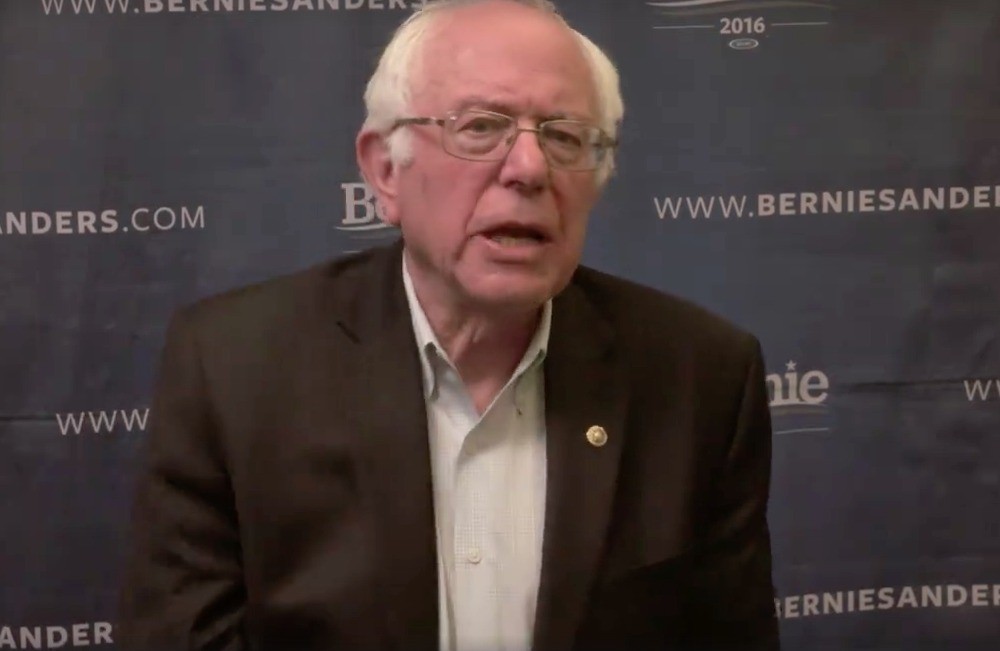 Update: Run the Jewels also brought out Gary Clark Jr. and debuted a new song called “Scenes” at Coachella. Check it out here.

Update: Also during their Coachella set, Run the Jewels shared a new video for “Love Again (Akinyele Back),” their collaboration with Gangsta Boo from Run the Jewels 2. It’s produced by JASH, a comedy collective from Sarah Silverman, Michael Cera, Tim Heidecker, Eric Wareheim, and Reggie Watts. Watch it below.

Presidential hopeful Bernie Sanders and Killer Mike from Run the Jewels have forged a great friendship over the last year or so, with Mike frequently speaking on behalf of Sanders at rallies and on TV. Yesterday, Sanders introduced Run the Jewels via video message at the duo’s Coachella set. Watch the video below.

Nas also turned up during Mike and El-P’s set, and the group performed “Made You Look” from the rapper’s 2002 album, God’s Son. There’s some fan-shot footage of his appearance below.