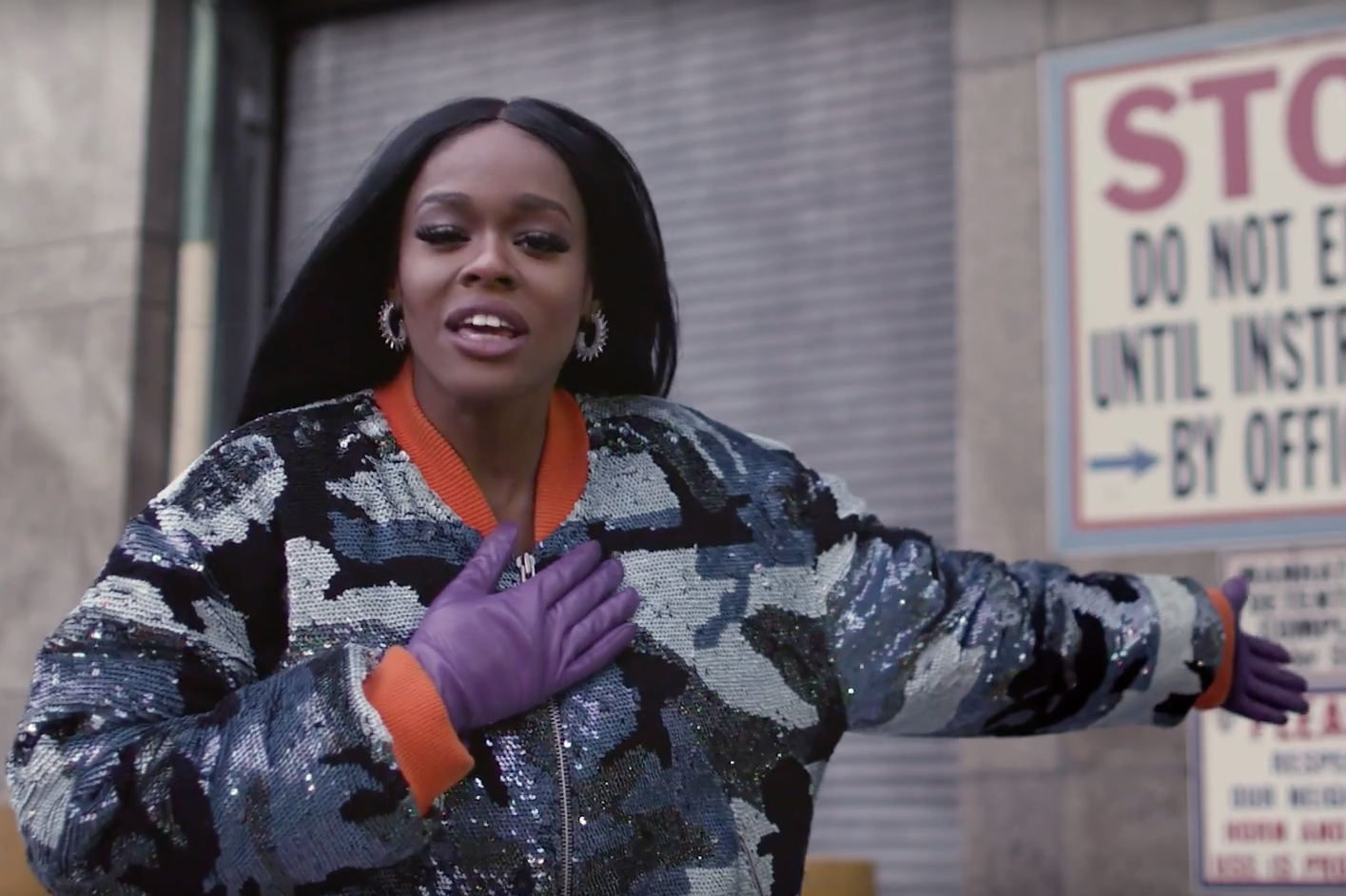 Azealia Banks was arrested for an alleged assault in Manhattan last December, but at least she’s got a winking sense of humor about it. The new video for “The Big Big Beat,” from last month’s Slay-Z mixtape, features Banks dancing inside an institutional-looking hallway, outside the New York City Criminal Court, and on top of a police car she definitely has permission to use. The clip was directed by Matt Sukkar, who’s better known as a Vine star.

Watch “The Big Big Beat” below.