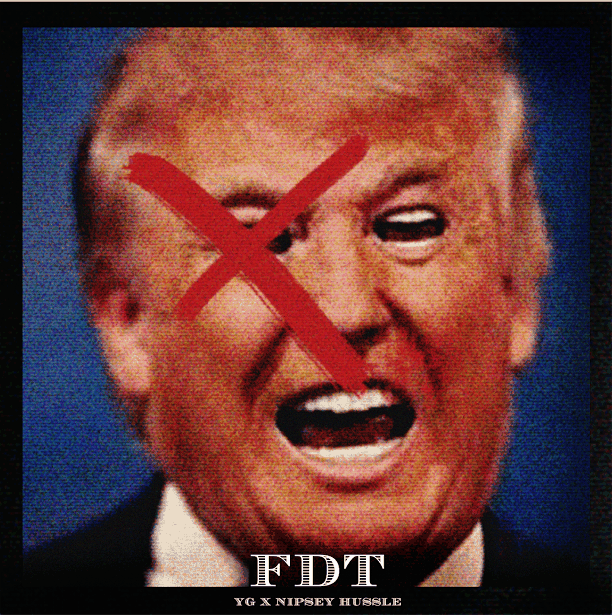 Current Republican presidential frontrunner and small-handed sycophant Donald Trump is not without his critics. Among the many sane people who take issue with his grandstanding bigotry are YG and West Coast rapper Nipsey Hussle, who teamed up to record the best feel-good track of 2016 so far. “FDT,” or “F**k Donald Trump,” opens with the line “I like white folks, but I don’t like you,” and just gets better from there, as the two rappers implore listeners: “Don’t let Donald Trump win / That nigga cancer.” Stream it below, and God bless America.