He also hangs out with the "Damn, Daniel" dudes 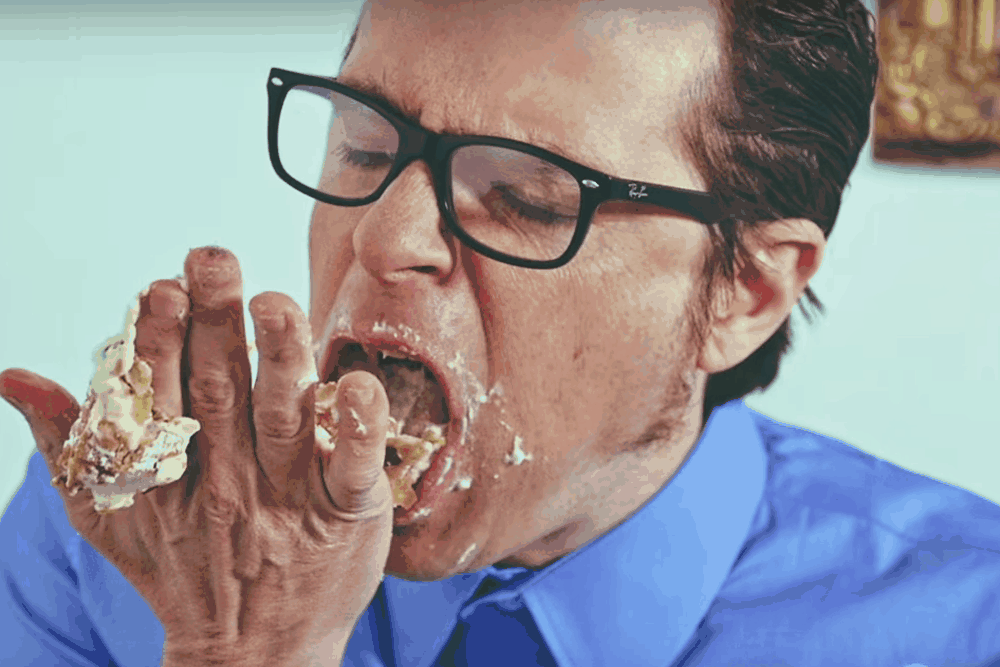 Have you ever glanced at a giant cake and briefly fantasized about shoving your entire face in it? Well, apparently Weezer’s Rivers Cuomo has too — except that “fantasy” might be more of a straight-up regret in the band’s video for “California Kids.” In addition to too much Italian dessert, the clip has Cuomo doing a number of other bizarre things, like twirling with a body builder on the beach and hanging out with the “Damn, Daniel” kids. Watch “California Kids” below, and look for Weezer’s self-titled White Album on April 1.