He played the acoustic track at a Portland show 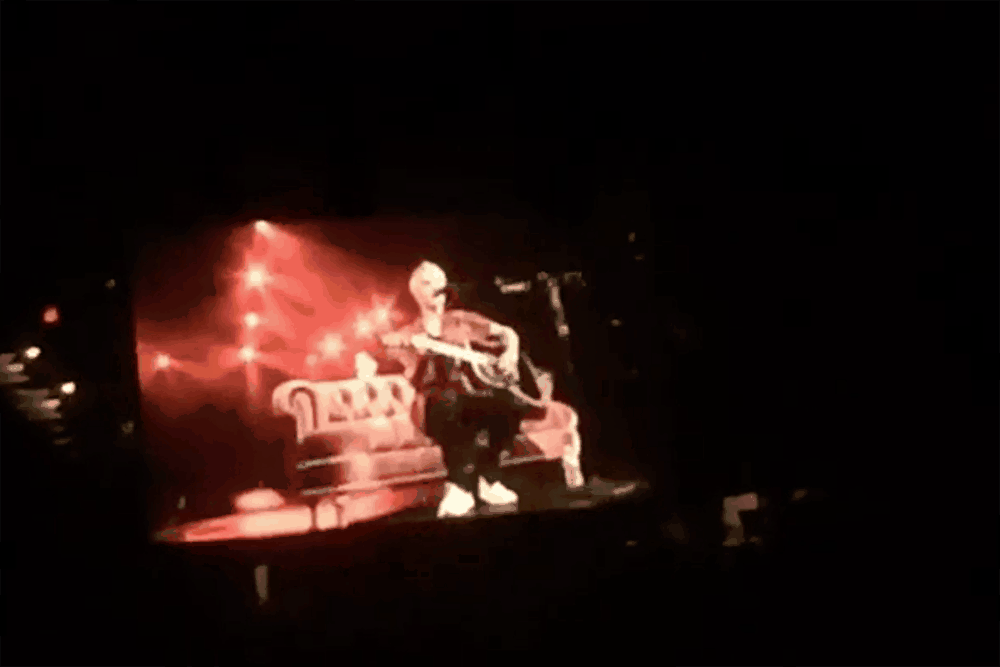 Justin Bieber took his massive Purpose world tour to Portland, Oregon, last night, and the Biebs tried to make the 20,000-seat venue a little more intimate with an acoustic premiere of a brand new song. The new track, reportedly titled “Insecurities,” is a low-key, warm showcase of basic guitar work and Bieber’s angelic vocals. Seated on a couch, Bieber serenaded his fans, promising to take away their insecurities if he were their boyfriend. During the performance, Bieber was wearing a plaid shirt, and not just a pancake across his nude, syrup-drenched physique. Watch some fan-shot clips of the new song below. (h/t Idolator)