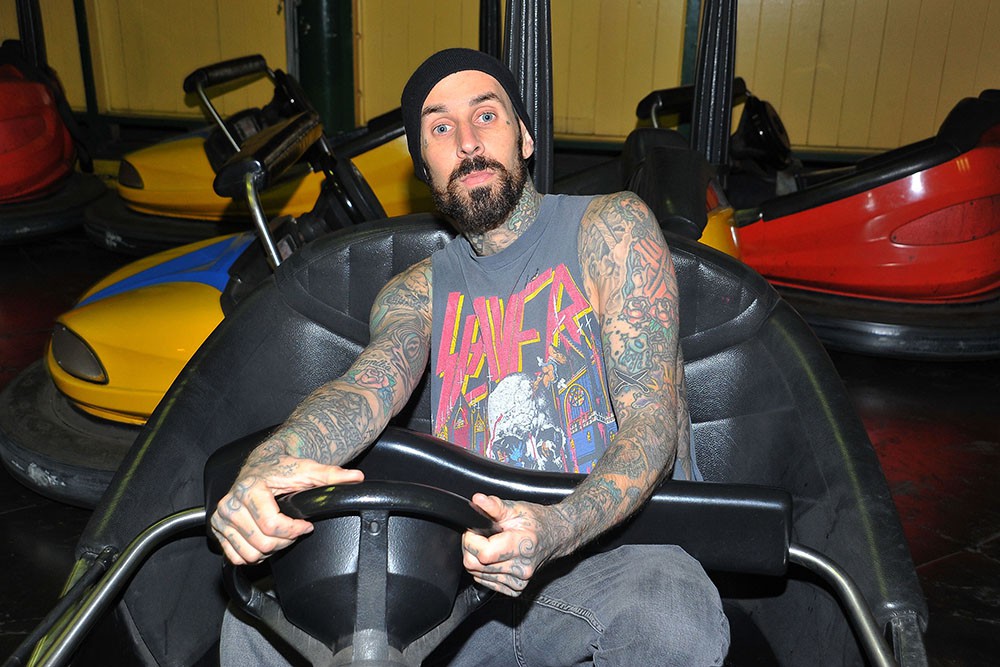 Blink-182 drummer Travis Barker had some harsh words for his former bandmate Tom DeLonge, and, indirectly, Coldplay’s Chris Martin as well. During an interview with YouTuber Mr. Wavvy, Barker talked about the rift between the one-time trio of pop-punk titans, saying DeLonge was “basically just tapped out,” and was “being extremely difficult” before he quit the band.

“Mark [Hoppus] and I never wanted to change,” he explained, saying that DeLonge wanted to switch-up Blink-182’s youthful sound. “The last couple of albums, Tom wanted to sound like U2, to record songs that basically sound like Coldplay.”

“For us, we were always like ‘Blink is Blink, man. We want to sound like f**king Blink-182,'” he continued. “That’s what side-projects are for. I love Blink for what it is. We love Blink and we love the sound of Blink.”

Barker also said that Alkaline Trio’s Matt Skiba was “the only person” who could fill in for the departed DeLonge, and that the new music they were recording together sounds “different but still the same.” Check out the full interview below.