Tiga: From Montreal to ‘Planet E’ 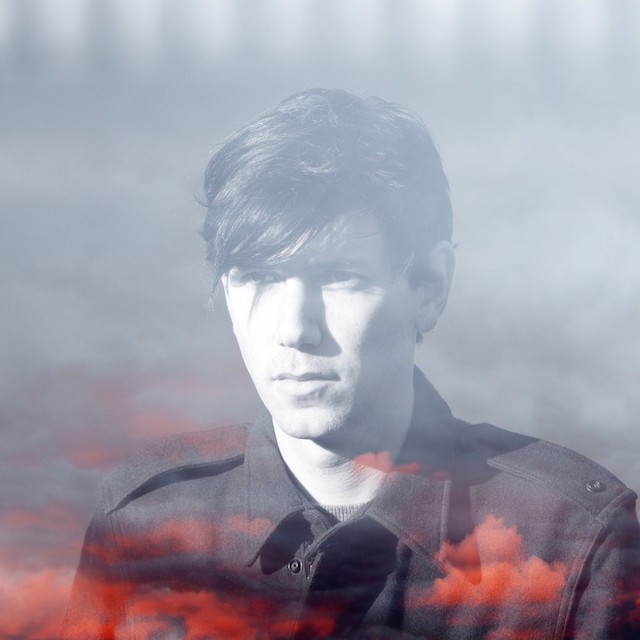 Mid-February marked the first time Tiga had to cancel a show in two decades. When we speak over the phone, it’s apparent he’s sick — his voice subdued, his tone congested — but the techno shapeshifter is soon to perk up; it would be a mistake to expect anything less of the man who essentially established Montreal’s dance scene. Having spent part of his childhood in India, Tiga was introduced to the party scene early, beginning his career as a teenaged DJ. Developing into a club owner and founder of his own label, Turbo Recordings, his influence has only continued to grow. Fifteen years after the 2001 release of his breakout single, an aggressively modernized update of Corey Hart’s 1984 synth-pop smash “Sunglasses At Night,” he has provided remixes for the xx and LCD Soundsystem, collaborated with Soulwax and Hudson Mohawke, and produced three albums of his own: 2006’s Sexor, 2009’s Ciao!, and now, No Fantasy Required, released March 4.

Tiga’s appearance on the covers of these records is hyper-polished: He’s smartly dressed, his hair is perfectly coiffed, his skin is porcelain-smooth. He’s what all the suave club kids look like, and what they sound like, too — his voice is glib and singsong, and effortlessly navigates the spaces between bumping beats and synthesizer dissonances. Memorably off-kilter lyrics anchor percussive bass sequencers, resonance squelches, and clashing drums that can be appreciated on or off the dance floor. He explains that he looks for “that level of complexity” in his layered dance beats — “a kind of funk and a good groove, a few twists and turns, and a little bit of weirdness. That’s the music that I’m good at making, and it’s also the music I love.”

No Fantasy picks up where Sexor and Ciao! left off. We’re no longer on “Planet Sexor”: Tiga’s solar system has expanded to include the orbit of bubbling acid-era throwback “Planet E” (a collaboration with Hudson Mohawke), but its center has become more refined. Reminiscent of ’80s new wave, songs like “Tell Me Your Secret,” and “Blondes Have More Fun” inject Tiga’s sound with new levels of emotion, and provide vital counterpoint for the left-of-center bangers you’ve come to expect from him, which are also present, in the form of  “3 Rules” and “Make Me Fall In Love.” For a musician that admits anxiety over the pitfalls of mainstream success, his songs manage to please rolling outer-space ravers and dedicated techno aficionados alike.

SPIN talked to the interplanetary producer to find out just how he straddles the line between crossover success and creative integrity, and learn more about the process behind creating No Fantasy Required.

You’re from Montreal and pretty much founded the techno scene there. What was it like before you started throwing parties?
Before I started doing parties, it was partly like a house-music city: very influenced by New York and Paradise Garage. You know, garage music and deep house. It had a big gay scene. One side was partly that, which was pretty cool, like a warehouse scene. The other end had a cheesy, Euro-style — a late-’80s style. I don’t even know what those places are called anymore. You know what I mean: Guys doing blow, picking up chicks. I don’t know what the genre is… Maybe like an upscale Night At the Roxbury.

How has techno and the Montreal scene changed since then? You are still the man behind Turbo, and you owned a nightclub at one point.
Well, 15 years is a lifetime. Things have changed in a million different ways, and they can even change back. I kind of lost track of all the different phases, to be honest. For me, a big shift was that, starting around 2002, I began traveling a lot. My “connection” to and my focus on my hometown switched a little bit after that. Before, I was very much about building things at home. “Sunglasses At Night” ended up being the invitation to join the club, so to speak. My first international show was at a restaurant for ten people in Munich. I knew I had made it. [Laughs.]

I was at the Miami Music Conference [in 2002], and DJ Hell and some of the people from the German label, Gigolo, which put out “Sunglasses At Night,” were there. I met my first agent — that was a big step. Then I did three shows: Frankfurt, Munich, and this little city called Regensburg, which is in the south of Germany. But those things are totally relative — the restaurant show in Munich can feel like EDC Las Vegas if it’s new to you, you know?

You’ve talked in previous interviews about how you initially feared singing on stage, but that when you did it, it came very naturally.
My whole life I’ve wanted to be a performer. The idea of being on stage and performing is something I like. It doesn’t make me less stage-shy, but once I actually got up there, it felt quite natural. After so many years of DJing, it’s not exactly an alien concept, being in front of so many people. It’s just part of my personality — something I wrestle with. I have no regrets about my life or career, but I [wish I] would have started [singing] earlier. Every show you get a little bit better. For me, the main thing is that it feels nice when you’ve built something up in your head, and you conquer it. It’s liberating to just be playing your own music.

I was listening to you talk with James Murphy on one of your My Name Is Tiga podcasts from a few years ago, and you sounded a bit ambivalent about choosing to DJ as a career path. You seem to live between two worlds, one being the dancing, big hits that people want to hear, and the other being maybe the music you want to make, or listen to.
My career and my music is all positive, but if there is a negative, it is in that “A” word: ambivalence. It’s funny you mention James, because in around 2006 I started to become really good friends with him and the Soulwax guys, people who came from the live-band world. Previous to that, I wanted to be a techno DJ like Jeff Mills. Then, hanging out with [those guys], I looked up to them as “real musicians,” whatever that means. I had a kind of romantic idea about it.

I haven’t fully stepped over to the other side — it’s not like I’ve got a six piece band up there — but doing a live show made me feel better about [what I do]. As far as the music goes, I still don’t feel like I’ve found the perfect zone. Maybe that’s just my style, to wrestle between club tracks and electronic pop.

You actually asked James this question: If money weren’t an issue, would you still DJ, produce, perform? What would you be doing?
At the time, me and James used to argue so much about money, and sponsorships, and corporate stuff. Very interesting time to ask me that, especially having been sick for the first time ever — all of a sudden it’s kind of nice to hang out at home! [Laughs.]

I would change some things. There’d definitely be less touring, and it would be a different type of tour. I like the idea of when you’re a band, and you take six months where you’re chilling out, getting inspiration, maybe working on the new record, and then boom: You tour hard for four months. Nowadays, DJ-style touring is just always flying everywhere. Fundamentally, would I change what I do? No. It’s not money that’s ever going to determine it, it’s more the inspiration.

What are your inspirations right now?
Right now’s a little bit of a low period, which for me always happens after an album is finished. I’ve used a lot of my ideas over the past little while. Basically all I want to do right now is just read books, listen to records, and watch movies. Just fill up again with ideas. My brother’s just discovered, like, 500 more Aphex Twin tracks, which should keep me busy for a few weeks. [Laughs.] I’ve been listening to more hip-hop than I have ever before. I’m pretty obsessed with Young Thug, mostly Atlanta stuff. It doesn’t directly inspire me, musically, but it excites me.

In terms of what does inspire you musically, do you think your childhood in India plays any effect?
Probably the biggest longterm effect is that I was so accustomed to nightlife, and drugs, and partying — that kind of escape. My take on rebelling was very different than that of other kids. I never thought it was so radical or crazy to be part of that life. I’ve never gone off the rails. I grew up in a really crazy, raw, wild place, but also spent half the year in a kind of classic, conservative, Western place. I’d be in India half the year — it was like Lord of the Flies out there in the ’80s. And then I’d come back to a private boys school. Without getting too personal, I still kind of live like that. On the one hand I like all these ’80s materialist things about being rich and running your business a certain way, and then on the flip side, it’s just like “F**k it, I want to be an artist and make weird music.”

In terms of making music — weird or otherwise — you’ve talked about stripping lyrics of their syllables and songs down to their essences. What’s the thinking behind that?
That’s a specific thinking for tracks you’re meant to dance to: just having the bare essentials, reducing it down to only what is necessary to get the job done. I’m not adding a little synthpad just because it fits. It’s like Italian cooking. You’re not just adding s**t for the sake of it — it doesn’t make the pasta better. With words for dance music, you’re not telling a story. It’s more like a slogan; it’s just enough lyrical content to mark your territory. It’s just so, on the taxi home, someone remembers, “Let’s go dancing, I want to go dancing with you, all-night dancing.” In a party space at four in the morning, it’s all you really need to digest. The ultimate was like [Stardust’s] “The music sounds better with you.” Boom. Mission accomplished.