Mick Jagger and Co. brought out upwards of 500,000 concertgoers to the free show. 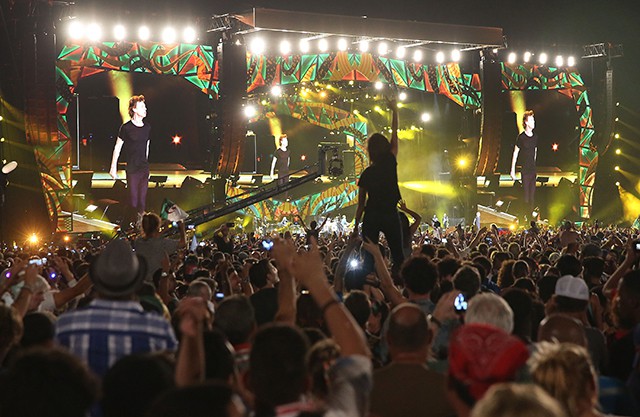 The Rolling Stones wrapped their Latin American tour Friday night with a historic free show in Havana, Cuba, that brought out an estimated 200,000–500,000 concertgoers.

“We know that years ago, it was difficult to listen to our music in Cuba, but now here we are in your beautiful land,” Jagger said in Spanish, the Guardian reports. “I think that, finally, the times are changing. That’s true, no?” The crowd roared in agreement.

The Stones’ “Concert for Amity” at Coliseo de la Ciudad Deportiva marked the first major international rock band to perform in Cuba since the United States lifted sanctions on the country. The band’s two-hour, 18-song set of greatest hits included a fan-requested performance of “All Down the Line” and “You Can’t Always Get What You Want” with accompaniment from Cuba’s Entrevoces choir. (See the full setlist below.)

Earlier this month, Major Lazer performed a free show in Havana that brought out an estimated 400,000 people.

The concert was filmed for eventual release but you can watch some decent footage here:

Encores:
“You Can’t Always Get What You Want”
“(I Can’t Get No) Satisfaction”