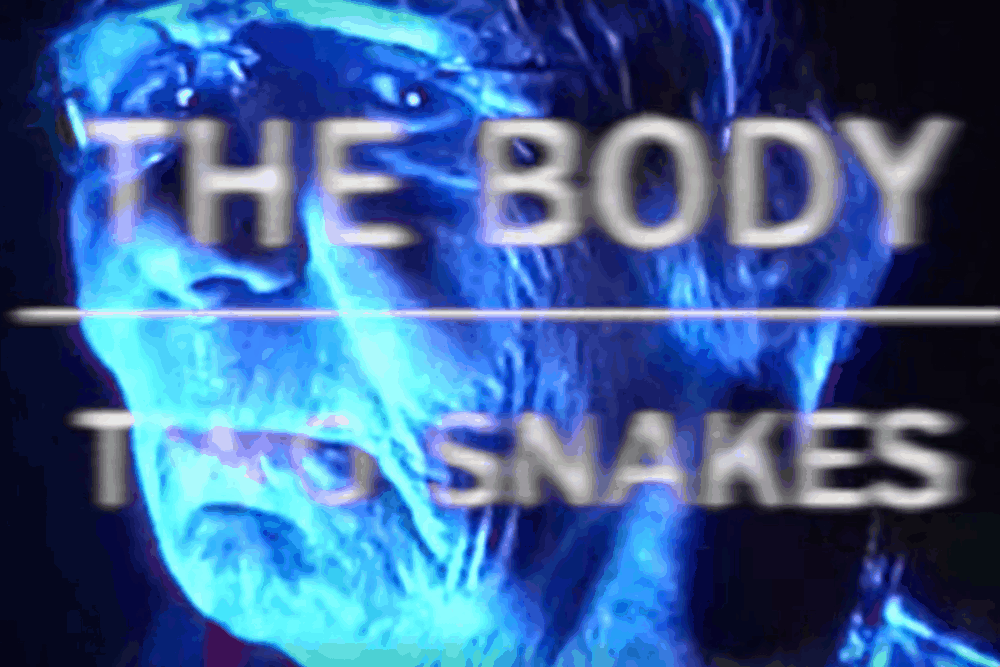 SPIN just named The Body’s new album No One Deserves Happiness our Album of the Week — “[it] presents a familiar (but not formulaic) feeling of exhaustion and resignation,” we wrote — and now the metallic, doom-drumming group has released a shrieking, howling, paranoia-inducing music video for the LP’s “Two Snakes” (h/t Stereogum).

Shot on what looks like grainy VHS and directed by Richard Rankin, the visual swirls around a frenzied-looking elderly person in a series of increasingly more distressing lights. Don’t let that deter you though, it’s quite the ride. Watch below.

SPIN Metal Report: The Body and Thou Team Up Viciously, Black Cilice Ooze to the Forefront