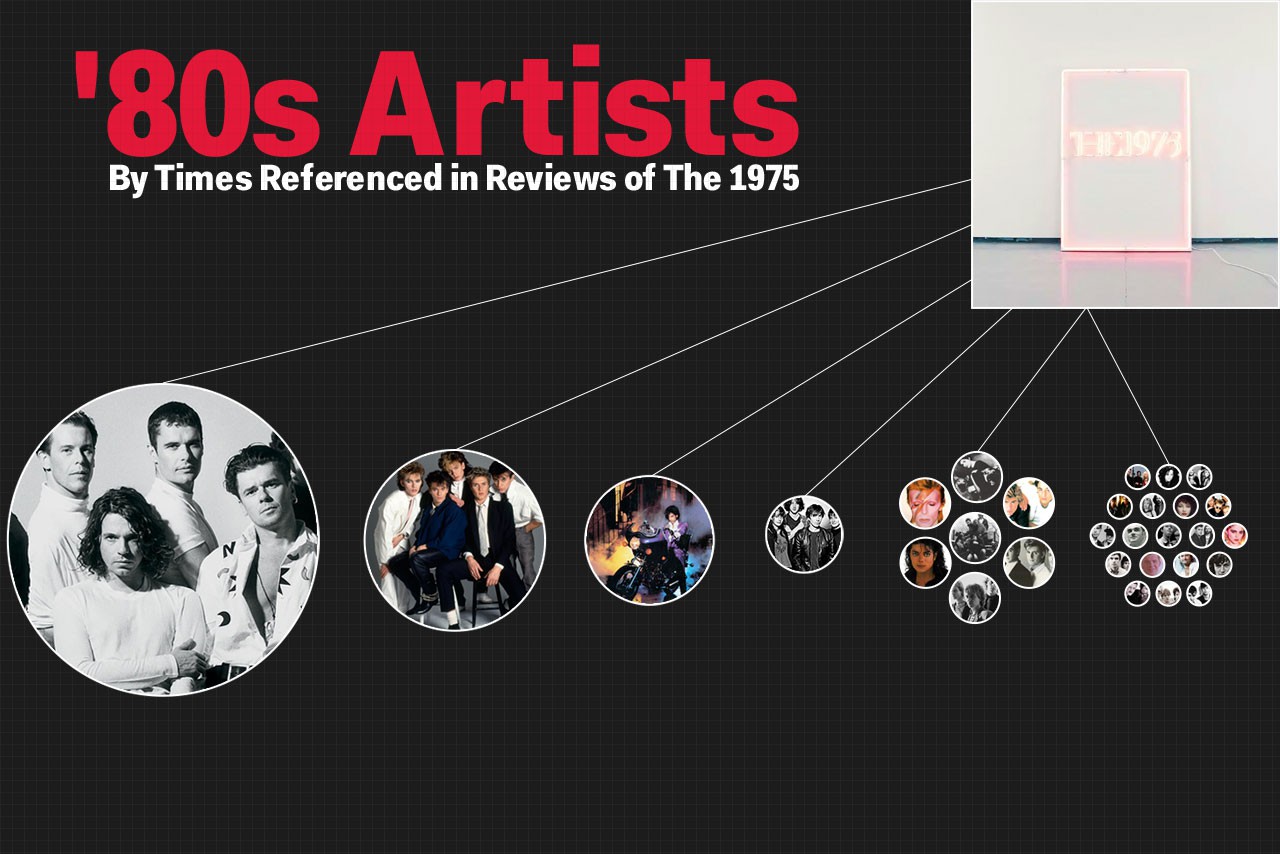 CREDIT:Graphic by Nicholas Rice for SPIN

The 1975 are on their way to No. 1 on both sides of the Atlantic with their second LP, I like it when you sleep, for you are so beautiful yet so unaware of it. The level of their success may be somewhat surprising, given that the band still has yet to chart a single from this album higher than the No. 100 placement of lead cut “Love Me.” But considering that their musical and ideological roots can almost entirely be traced to that blockbuster-iest of pop decades — the 1980s — perhaps it’s not so shocking. In fact, it feels like nearly every major artist of the ’80s has been invoked by writers at one point or another as a way of drawing out the 1975’s slippery sound and unconventional ethos.

To see just how much the Reagan era informed perception of an album whose title would’ve never have fit into early MTV credits, we looked at about 30 reviews of when you sleep and tracked every time an artist from the 1980s was referenced. (Artists were counted as eligible if a notable portion of their catalog came from the ’80s; mentions of an artist’s song or core members also counted.) A full 20 of those notices (including ours, natch) name-dropped at least one O.G. new-wave act, and a whopping 31 artists were alluded to in all. Check out our graph below for a complete breakdown of the 1975’s ’80s-era DNA: 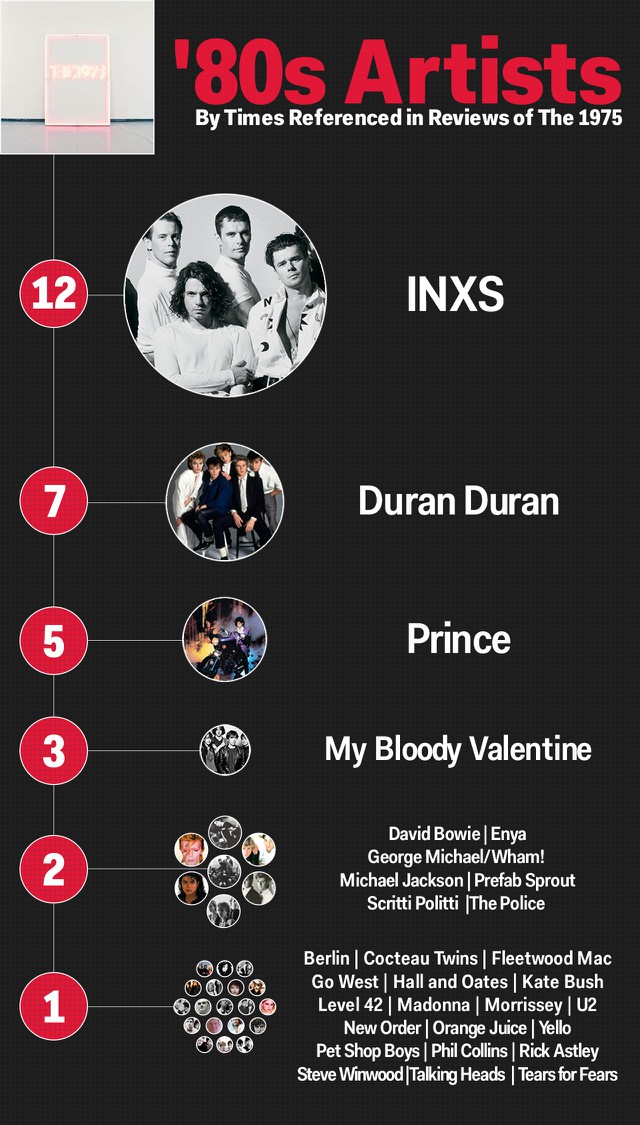 CREDIT:Graphic by Nicholas Rice for SPIN