There’s a Notorious B.I.G. Hologram in the Works, According to Company That Made Tupac One

"Hologram USA has been in talks with representatives of Biggie Smalls," a rep confirmed 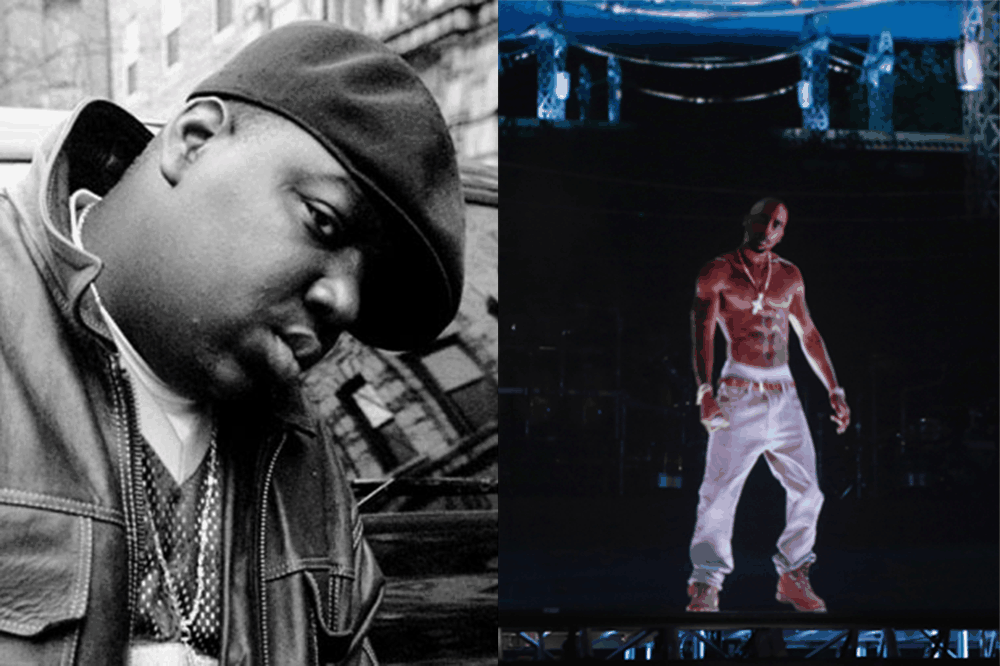 Tupac Shakur, the second-most famous person to ever appear in hologram form behind Princess Leia, may soon have some company. Entertainment Weekly reports that a Notorious B.I.G. hologram is in the works, according to a rep for Holograms USA, the company behind the ones for Tupac, Whitney Houston, and Patsy Cline.

“Hologram USA has been in talks with representatives of Biggie Smalls,” a spokesperson told EW. “But we’re unable to announce plans at this time.”

The iconic rapper’s widow, R&B star Faith Evans, first mentioned plans for a Notorious hologram in an interview with Dame Dash Radio Show, and mentioned that she’s finishing up an album of duets with her late husband titled The King & I. “We actually are in development with a hologram, but I don’t necessarily know to what extent I’m gonna perform with it,” she said. “But I want to debut it in the first video for the album, and maybe use it a little bit performing live.”