Pharrell and Gwen Stefani will exit the singing competition for its 11th season. 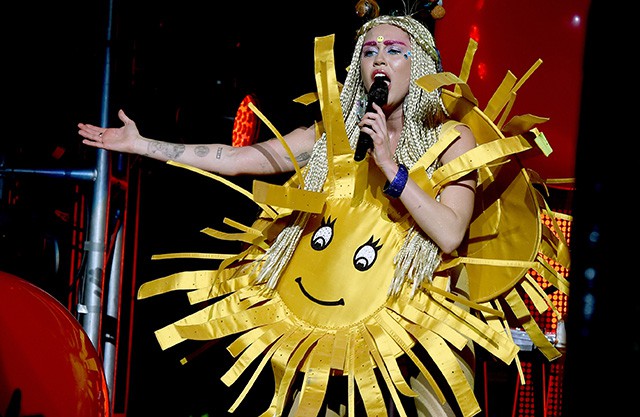 Miley Cyrus and Alicia Keys will be taking a seat in The Voice’s big red chairs next season as the show’s two newest coaches.

The pop singers will be replacing Gwen Stefani and Pharrell for the NBC singing competition’s 11th season, serving alongside regulars Adam Levine and Blake Shelton. This is the first time there will be two female judges at once.

Cyrus made the announcement on Twitter Friday, days ahead of her Voice debut on the current season 10 when she will act as a key advisor to the four current coaches Pharrell, Levine, Shelton and Christina Aguilera’s teams of contestants.

It’s true! I am going to be the newest judge on Season 11 of The Voice @NBCTheVoice #thevoice ?? pic.twitter.com/hP5AyHDtdh

It’s common for The Voice to change up its judges season after season. Typically, Aguilera has taken off every other season, subbing in another female judge. Previously these have included Shakira and Stefani, who is currently promoting her new album This Is What The Truth Feels Like. CeeLo Green and Usher have also previously been coaches. Levine and Shelton are the only coaches to have appeared in every season.