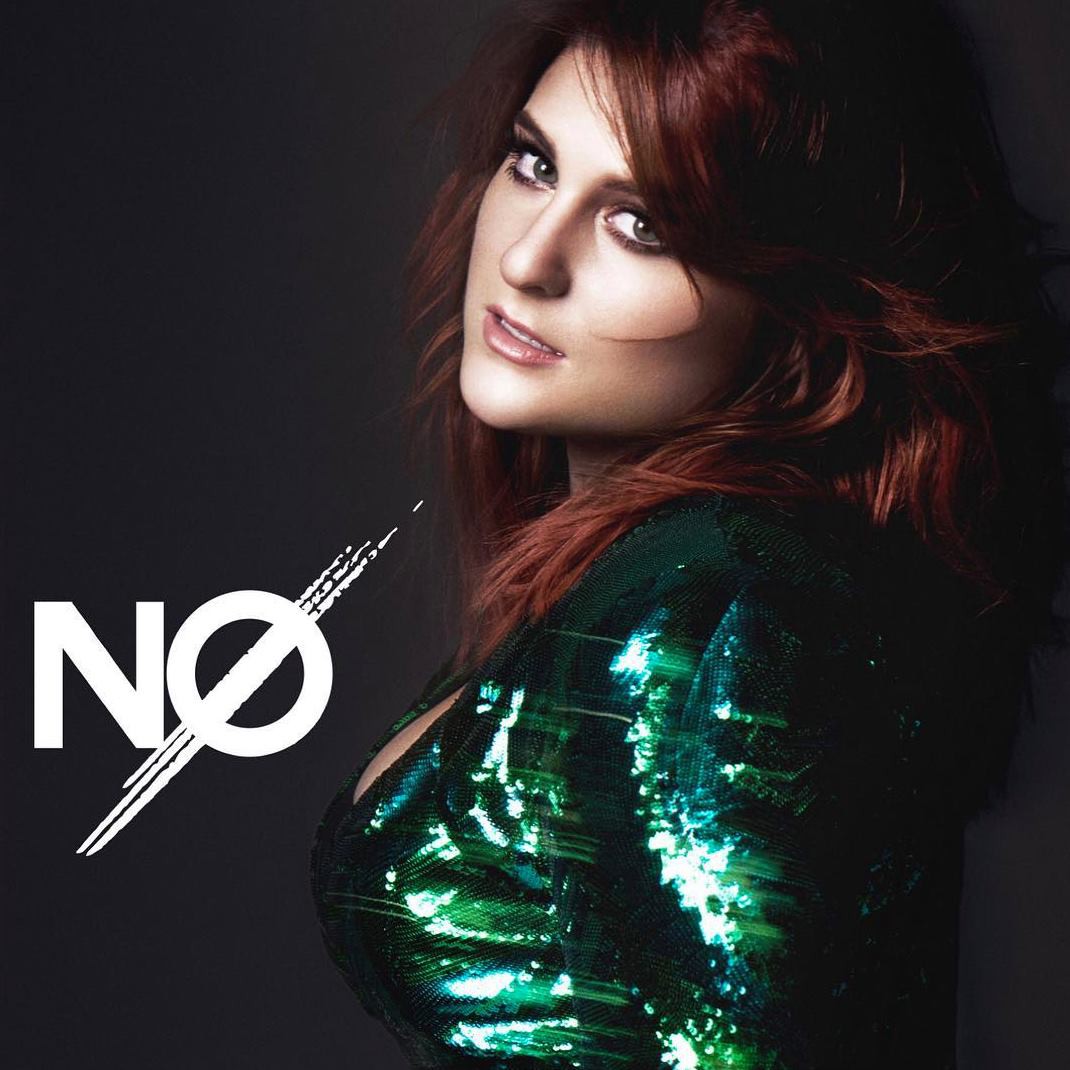 Though Grammy-winning Best New Artist Meghan Trainor put out a debut album in 2015 that didn’t exactly make an amazing impression on SPIN, the 22-year-old pop star just released a new single that flips a middle finger to her haters. Aptly titled “NO,” the song — a Ricky Reed production and cowrite — anchors her upcoming sophomore album Thank You and blends Trainor’s brand of checkered nostalgia with NSYNC-indebted guitar screeches.

“NO” is definitely a new direction for Trainor, who’s mostly tossing aside her sock-hopping persona for no-nonsense truth-telling (the song’s essentially a lesson about consent for pushy suitors). Reed’s melody sounds at once like his recent work (a bit of Fifth Harmony’s “BO$$,” a dash of Jason Derulo’s “Wiggle” and “Talk Dirty”) shaken with the best sounds he could cull from turn-of-the-millennium pop like early Britney Spears.

“We never set out to specifically go after any particular sound,” Reed tells SPIN via email. “The whole thing started with a rhythm more based off a dancehall idea. The fact that it somehow evolved into what it is now is still a thing of mystery. Unlocking that sound was like opening a Pandora’s box. We decided to keep pushing into scary and exciting new territory and now have an album that fuses what people love about Meghan with future funk, gospel, dancehall, [and more].”

Conceptually, “NO” was born of Trainor’s recent meeting with Epic label head L.A. Reid, who told the singer-songwriter she didn’t have a proper lead single yet for her upcoming album. Furious, she texted Reed and booked studio time with him that afternoon.

“When she arrived at the studio I was like, ‘Look, there’s no way we’re going to make the single today. Let’s just blow off some steam, f**k around, have a good time,'” Reed says. “And of course the single was born.”

Hear “NO” below and, as Reed says, get ready to hear something new. “I think this album is going to cause people to see her through a new lens,” he says. “[She’s] one of the most talented artists I’ve ever been in the room with.”

Review: Meghan Trainor Justifies Her Uncanny-Valley-Girl Pop on ‘Thank You’

Meghan Trainor Rips Through ‘Me Too’ on ‘Tonight Show’