Plus, watch his SXSW 'Collegrove' set with 2 Chainz 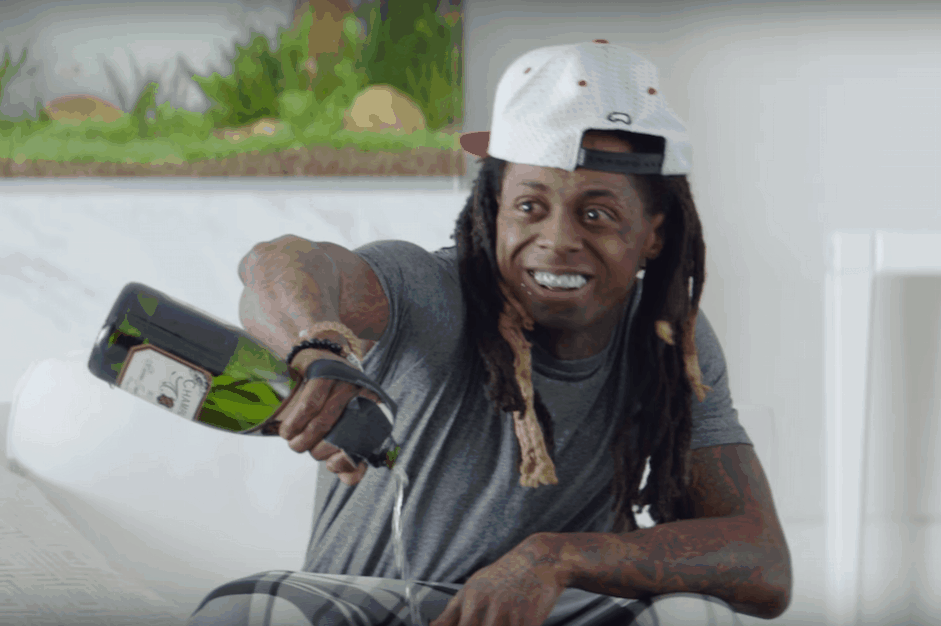 Lil Wayne Weekend continues: After he and 2 Chainz released their joint (heh) LP Collegrove on Friday, appearing for dual interview on ESPN’s “Highly Questionable” the same day, and performed songs off the album at SXSW last night (watch video of that set below), Weezy has appeared in a couple of enjoyable commercials for the Samsung Galaxy S7 and S7 Edge. He douses his phone in champagne and dunks it in a fish tank, goes virtual reality canoeing with Wesley Snipes — who also makes a cameo in the clip — and saves a baby elephant in his VR headset. Collect ‘em all here. [h/t Stereogum]