May God help us all 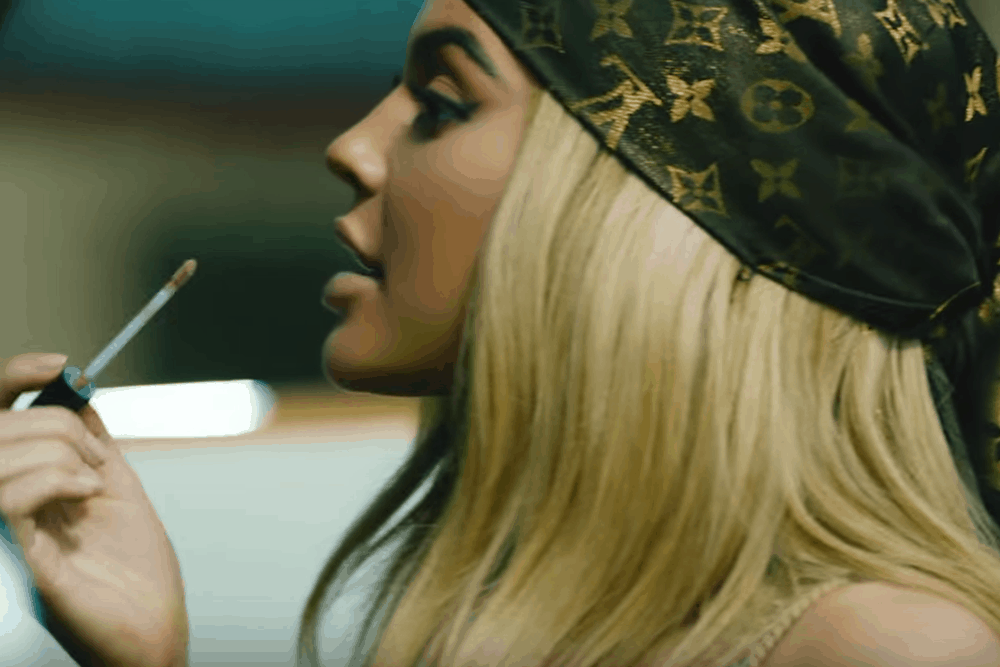 Kylie Jenner, a famous person, is apparently launching a new line of lip glosses. To mark the momentous occasion, she’s shared a short film/music video/terrible indictment of capitalism to promote the cosmetics line. In the video, Jenner wears a Hulk Hogan style bandana and robs some folks while looking much better than you’ll ever look, even if you spend all of your money at kyliecosmetics.com. It’s like the “Bitch Better Have My Money” video, but devoid of any inspiration other than naked greed and carefully choreographed image-making.

Jenner’s music is generic in a factory-made pop sort of way, but not all that bad. At the very least, it’s better than anything her boyfriend, irrefutably garbage human Tyga, has released. Watch “Glosses” below.