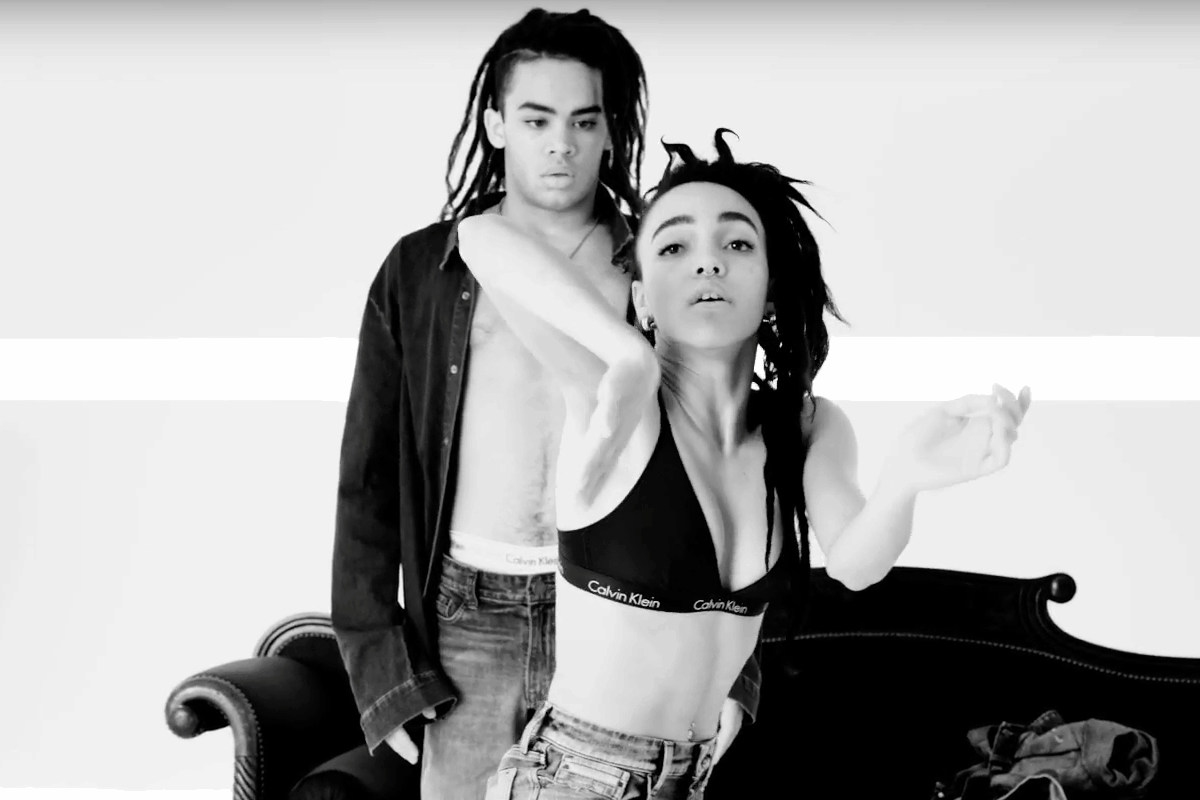 Set to an extended version of her newest song “Good to Love,” the black-and-white video features twigs (who’s also a trained dancer) with dancer and Instagram star Kaner Flex. The pair share sinuous choreography and strategically-placed brand logos as they as they undress and embrace.

The clip concludes with twigs falling out of the set, landing in a sea of blue jeans. Watch it below: