"Beyond being the first lady, Nancy Reagan holds the important legacy as being the most famous trap queen in American history" 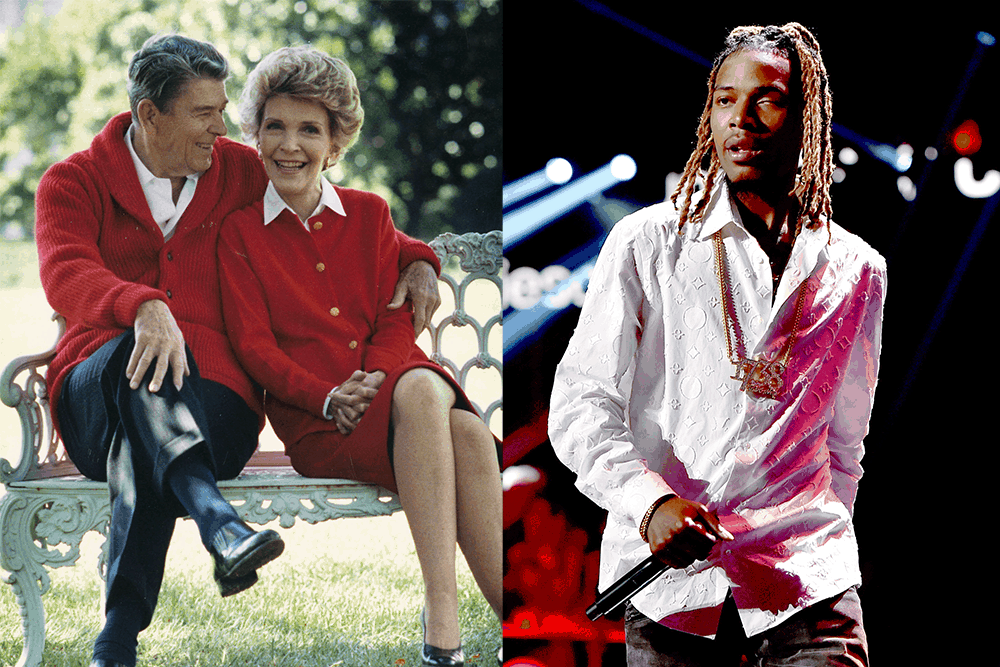 Nancy Reagan, wife to President Ronald Reagan, died yesterday at age 94, and her death sparked a renewed conversation about the War on Drugs — specifically that it was “disastrous.” The former first lady was well known for leading the president’s “Just Say No” anti-drug campaign while he passed laws that gave harsh, harsh sentences to mostly minority drug abusers while also funding the Contras in Nicaragua, who helped supply the United States with cocaine. In the views of one passioned change.org user, this hypocrisy made Nancy Reagan “the most famous trap queen in American history.” So it’s only fitting, their logic follows, to have Fetty Wap honor the late first lady by performing his hit song at her funeral.

“She was married to the money and introduced America to the stove,” reads the petition, which currently has only a paltry few signers. It goes on to explain the reason for the movement:

While her husband, Ronald Reagan, was linking up with Papi to flood the streets with narcotics, Nancy was on TV telling kids to “Say No To Drugs.” Her infamous “anti-drug” phrase encouraged strict laws on drug possession that led to a school-to-prison pipeline we’re still dealing with now. Blacks and Latinos went to jail in droves for possessing drugs her husband gave them. It was an incredible sleight of hand that would make any wannabe Trap Queen hide in shame for her inability to be as diabolical as Nancy.?

Of course there’s no way on Earth that this petition will turn into anything beyond the satirical joke that it is. Still, it’s probably for the best that they didn’t suggest Killer Mike.