And it comes with a sweatshirt! 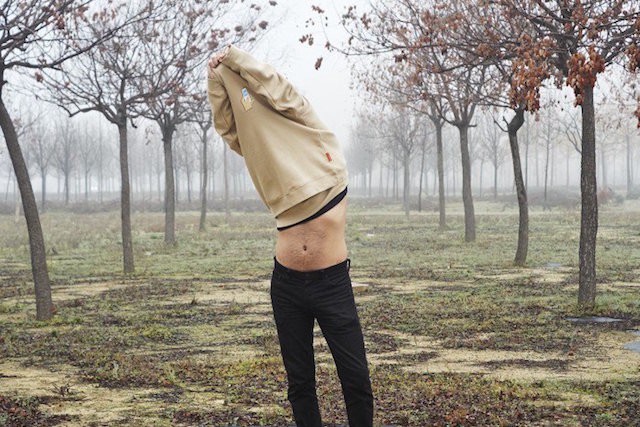 For his first album in six years, HiperAsia, Spanish pop erupter El Guincho sought inspiration in the cramped, crazy aisles of the Chinese dollar store after which the album is named. In the playful spirit of that LP’s materialistic themes, Pablo Díaz-Reixa is now sharing an equally vibrant mixtape, Michael Dior.

Another piece of merch is a “wearable album wristband,” which you can also purchase at Hiperasia.style. Both that and these sweatshirts (which you can see modeled on Díaz-Reixa in the above image and packaged on the Life of Pablo-aping mixtape cover) are made with NFC technology. It’s a little confusing, so here’s the company itself to explain how it works:

By simply placing a mobile phone close to the NFC chip integrated in these items the user is directed to a secret website where, through a user and password, they will discover a unique universe with ever changing content like extra songs, video premieres and other details that will be unveiled gradually. This virtual space would be a sort of sub-scenario where projects of its own would exist only there, alternate versions of the songs — sometime better than the originals — 3D interactions, videos, a TV channel, etc.

Listen to Michael Dior below, and head on over to HiperAsia.style to grab an interactive sweatshirt for yourself. 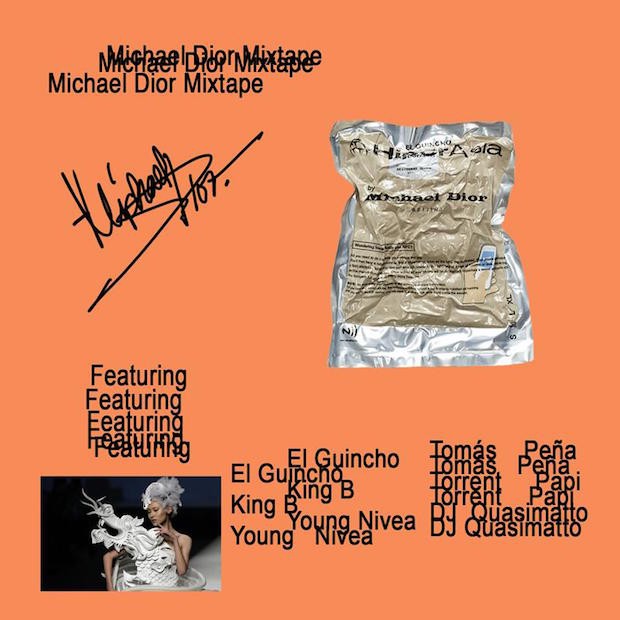