Plus, a variation on Crime Mob's "Knuck If You Buck" 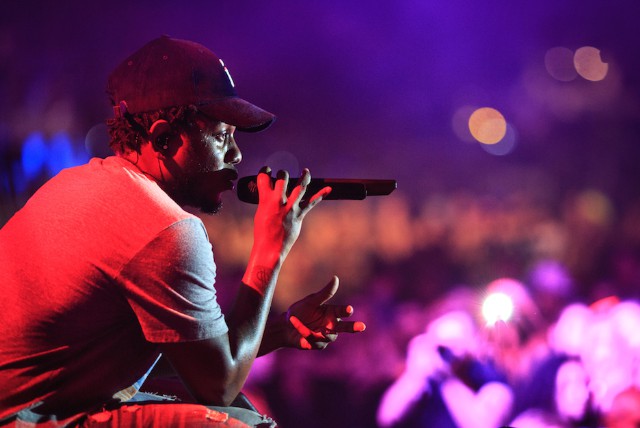 Update: John Legend responded to Trump’s son, who tweeted that the protestors of being unable to articulate what they were rallying against, according to CNN. Read the exchange below, along with another between Legend and a Twitter user who accused him of being uneducated. (The singer graduated from the University of Pennsylvania, which Trump also attended.)

Ha 5 students when asked why they were protesting couldn’t even answer. The participation medal/micro aggression generation is pretty sad!

.@DonaldJTrumpJr I think they were protesting your racist father. This isn’t complicated.

.@DanielT03571138 @DonaldJTrumpJr the Donalds and I graduated from the same University, funny enough.

Update 2: New York City mayor Bill de Blasio has tweeted his agreement with and support of John Legend. Read his words below.

When Donald Trump postponed his planned appearance on the Chicago campus of the University of Illinois due to alleged security concerns, the rally that had gathered in protest was jubilant, indeed. According to Complex, the crowd erupted into the rousing chorus of Kendrick Lamar’s “Alright.” Some of them also chanted “F**k Donald Trump” to the tune Crime Mob’s “Knuck If You Buck.” Watch some short clips of the sing-a-longs below.

#TrumpRally protesters chant “We gonna be alright” after announcement of a Trump no-show. pic.twitter.com/FXce08oWzI

Protesters at Donald Trump rally in Chicago that got cancelled chant “We Stopped Trump” pic.twitter.com/JMQotdABpM

Fuck Donald Trump with a “Knuck If You Buck” beat. pic.twitter.com/OWmeWE1ckj