"I might need to interview you, give you some keys." 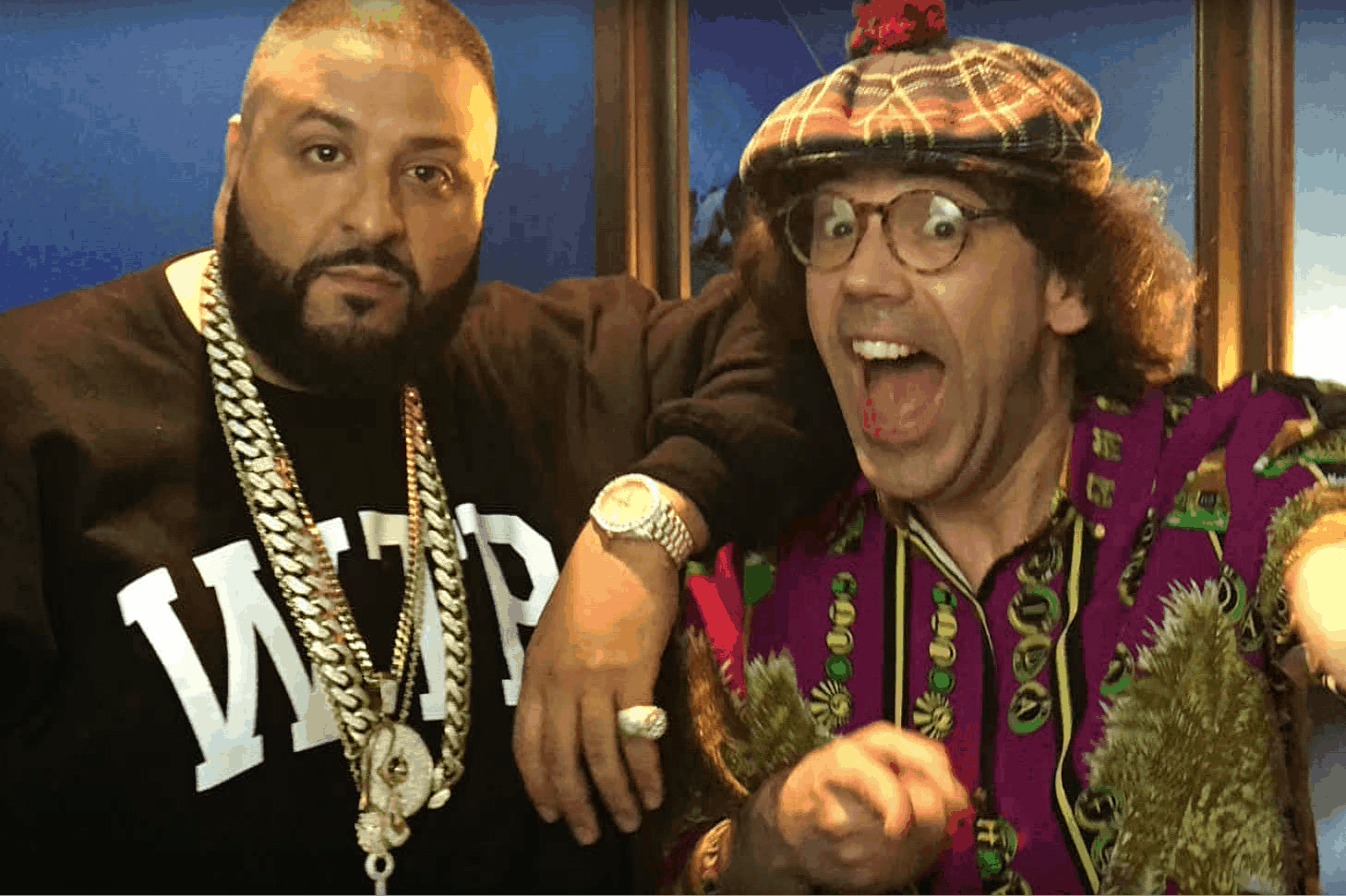 Canadian national treasure Nardwuar the Human Serviette met Human Snapchette DJ Khaled for an interview in Austin, Texas, during SXSW last week. Nardwuar presented the Miami-based DJ with records by Public Enemy and Juice Crew, quizzing him about hometown cultural icons like Trina, Disco Rick, and DJ Magic Mike. For his part, Khaled opened up about his time working as a busboy, hustling mixtapes at a sneaker store, and what he would do if he were Snapchat founder Evan Spiegel.

“What is, perhaps, your vision of perfect pussy?” Nardwuar asked, putting Khaled on the spot before handing him a limited-edition copy of Syracuse, New York punk band Perfect Pussy’s Say Yes to Love (ha!) with flecks of frontwoman Meredith Graves’ blood in the vinyl.

“I can’t, I can’t,” Khaled protested, tossing the album aside. Graves, however, was thrilled: