She also hosts a number of skits 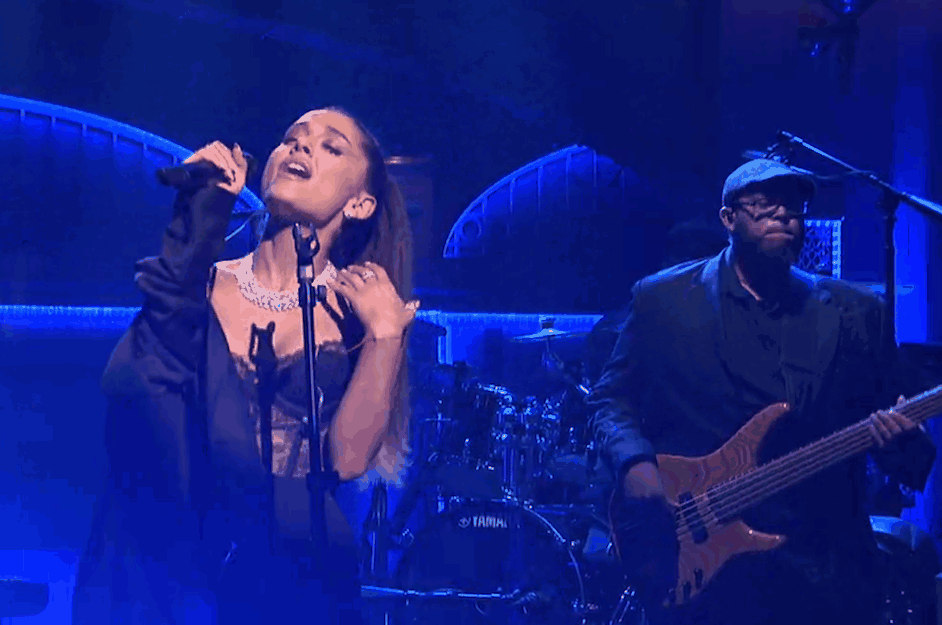 “Ladies and gentlemen, Ariara — ” So begins the fumbled introduction by Larry David to Ariana Grande’s Saturday Night Live performance; fortunately, he was saved by the audience’s laughter and the singer’s superb performance of a couple of new songs. The 22-year-old belted “Dangerous Woman,” the title track off of her upcoming album (due May 20), over raw and rangy guitars, and the funky “Be Alright,” reminiscent of All For You-era Janet Jackson. She also shows off her humorous side in a number of skits in which she plays a TIDAL employee, a nun in The Sound of Music, Jennifer Lawrence in an episode of “Celebrity Family Feud,” and a mermaid! Watch all of the clips here.