Plus, Puscifer, NOFX, At the Drive-In, a solo show from Travis Barker, Against Me!, and more 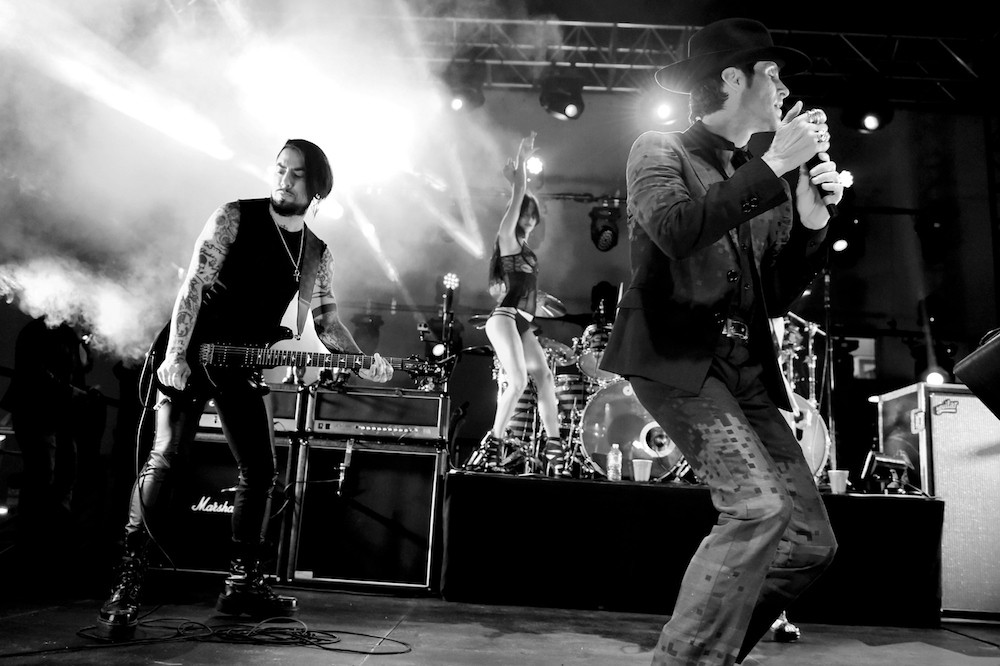 Canada’s largest music festival of metal, punk, hardcore, hip-hop, and hard rock, the fittingly-titled Amnesia Rockfest, has announced its 2016 lineup. Set to take place from June 23-26 at the Montebello Marina in western Quebec, the four-day event will be headlined by Jane’s Addiction, Blink-182, Rise Against, Limp Bizkit, and Sum 41, among many, many others: Puscifer, NOFX, Against Me!, Ice Cube, Korn, Lamb of God, and Anthrax.

This year’s festival schedule sees its main days on June 24 and 25, with its St-Jean celebration on June 23 and camping throughout the event. It is also slated to feature drummer Travis Barker performing solo, a reunion set from At the Drive-In (as part of their first slew of live dates since 2012), and Black Flag members performing songs by their now-defunct former outfit together as Flag. Head on over to the festival’s official website for the full lineup, and to order tickets for Amnesia Rockfest.