It's a diss track about his cat 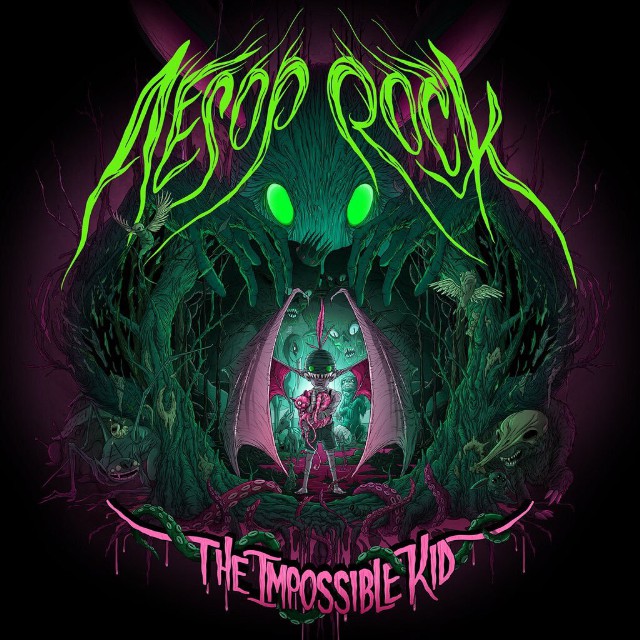 Aesop Rock has shared his own version of Pusha T’s “Untouchable,” keeping the Timbaland-produced beat and replacing the lyrics with a wild stream of consciousness and a few geeky references (like “his middle finger’s Plastic Man“). The “AR Version” of the cut from Pusha’s King Push – Darkest Before Dawn: The Prelude premiered today at Pigeons & Planes.

Aesop’s version also features a shout-out to artist Alexander Pardee, who drew the cover of his forthcoming LP, The Impossible Kid. (If Pardee’s style looks familiar, it’s because he also created art for ’00s emo band The Used.) The album is out on April 29 from Rhymesayers. Listen to “Untouchable (AR Version)” below.