The single comes from Quesada's forthcoming LP, 'Echo Hotel,' due May 20 via Nacional Recrods 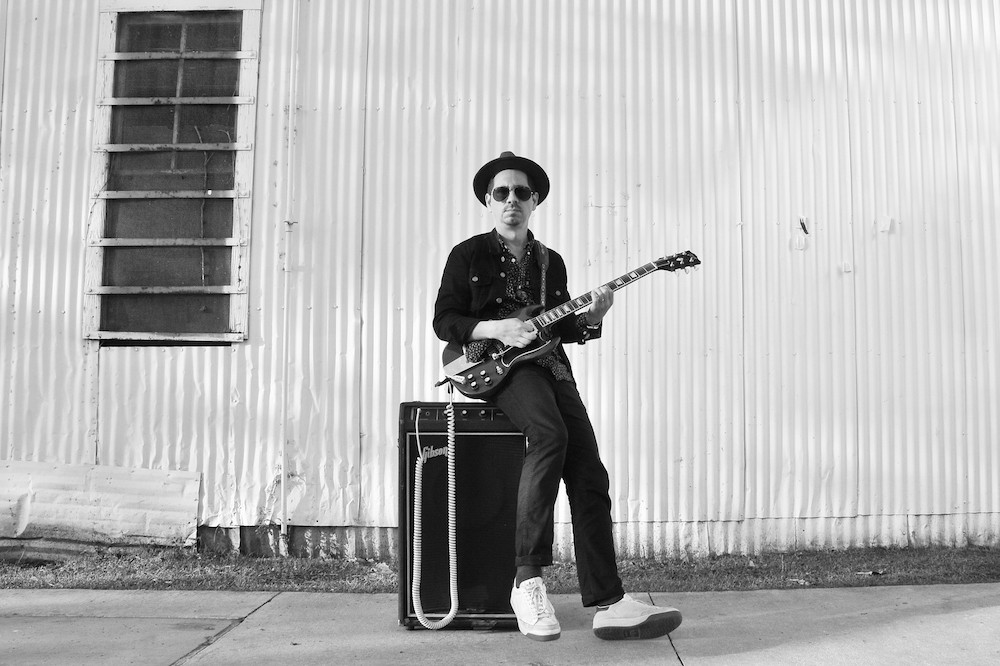 Once a member of the nine-piece, Grammy-winning Grupo Fantasma, Adrian Quesada has set apart his work in bands and by himself. The Austin-based virtuoso has accompanied Prince and backed Raekwon, GZA, and Ghostface Killah, and even gained approval from Ozzy Osborne himself for a Black Sabbath reworking with his band Brownout, to name just a few of his varied guitar outings. Now, Quesada is fine-tuning his solo repertoire with a sophomore album as the Echocentrics.

His forthcoming album, Echo Hotel, due May 20 via Nacional Records, draws inspiration from his South Texas upbringing. The record’s first single, “Staring at the Ceiling,” features James Petralli of White Denim. It’s easy to picture the classic rock ‘n roll track playing under the opening credits to a modern Sergio Leone film, with its twanged arpeggios and Petralli’s slightly-faded cries.

The album’s locale-based elements come through in its Portuguese, Spanish, and English lyrics throughout. Of the record, Quesada said, “Everyone in my hometown (Laredo, TX) is bilingual, people have complete conversations with one person speaking Spanish and the other English, so to me language barriers don’t really exist.”

Listen to “Staring at the Ceiling” below and pre-order Echo Hotel here.