The most upvoted question was "How do you sleep at night?" 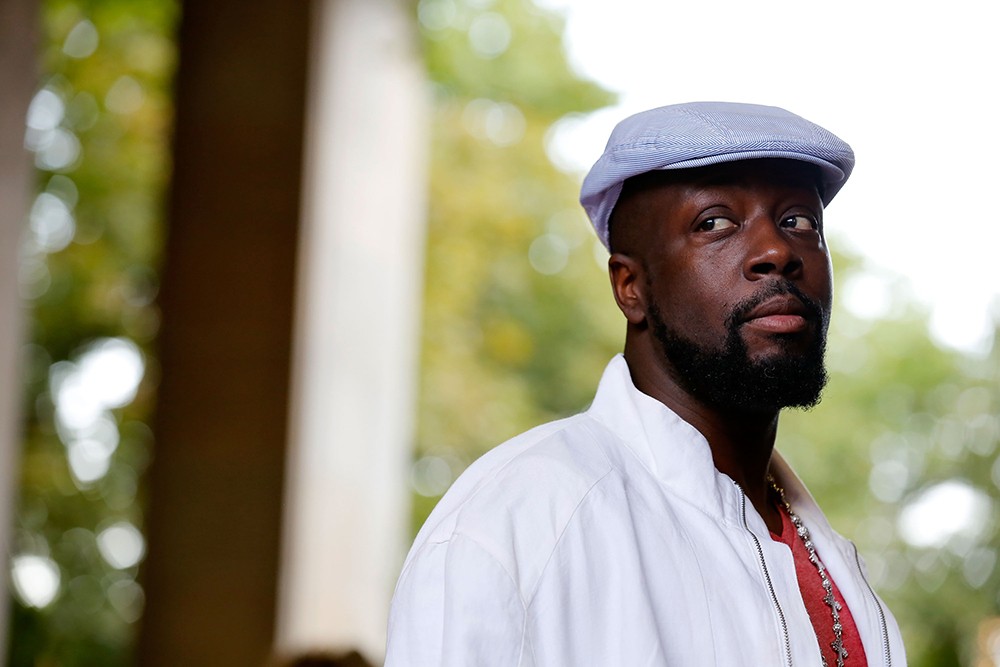 Wyclef Jean’s first mistake was logging into Reddit. Or, if you want to go back a little further, his first mistake really was allegedly embezzling hundreds of thousands of dollars from the charity he set up to help Haiti following a massive earthquake in 2010. The rapper agreed to participate in an Ask Me Anything two days ago, presumably to talk about the 20th anniversary of the Fugee’s classic album The Score.

Instead, Redditors were more interested in the $100,000 funds raised by Yele Haiti that Jean spent on his mistress instead. The most upvoted question, one that Jean didn’t answer, was “How do you sleep at night?” He only responded to a couple questions before shutting up and deleting his account, thus bringing an end to an AMA one user called “an unmitigated disaster.” Read some choice exchanges below, or view an archived version of the whole thread here. (h/t NY Mag) 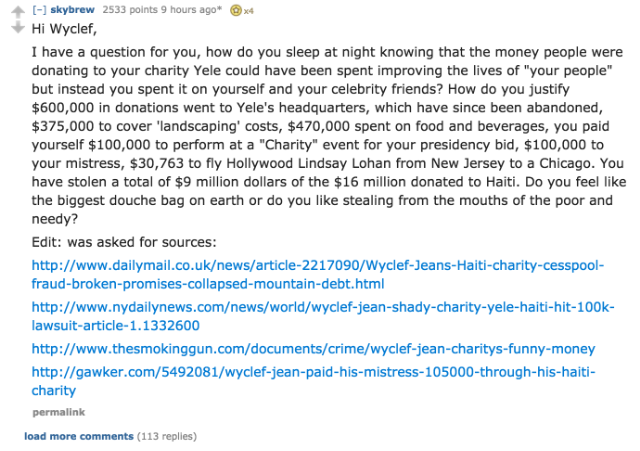 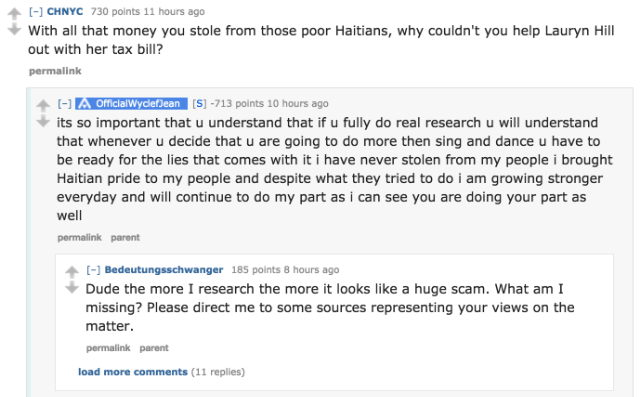