The band had played the Where's the Music? festival in Norrköping the previous day. 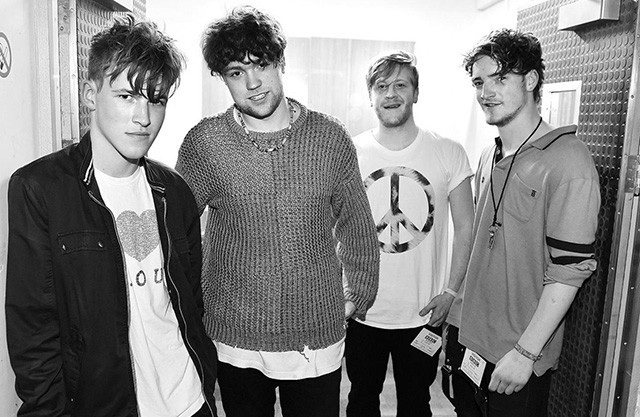 The members and manager of the British indie rock band Voila Beach were killed Saturday in a car crash while on tour in Sweden. They were Kris Leonard, River Reeves, Tomas Lowe and Jack Dakin and manager Craig Tarry.

The group’s car drove through a barrier stopping vehicles as a drawbridge opened and crashed into a channel running through Stockholm’s Sodertalje district, the BBC reports. The band was based in Warrington in northwestern England and had played the Where’s the Music? festival in Norrköping the previous day. They were scheduled to play at South by Southwest next month.

The reason for the accident is unclear at this time. Stockholm Police spokesman Martin Bergholm told the Associated Press, “There were no brake marks on the road and it’s very difficult to say how fast the car was going at the time.” He added that a truck driver stopped at the barrier had witnessed the accident and estimated the car’s speed at up to 50 mph.

Viola Beach had been headed to play a show in Guildford in Surrey, England, on Saturday night, opening for the band Blossoms. The show was canceled and Blossoms shared the following statement online:

Absolutely devastated for the loss of Viola Beach and Craig Tarry. Our thoughts are with their friends and families. pic.twitter.com/Fg52on42as