The 1975 Release Video for ‘The Sound,” Perform Song on ‘Fallon’

Two new clips for the latest single by the U.K.'s most ambitious pop band 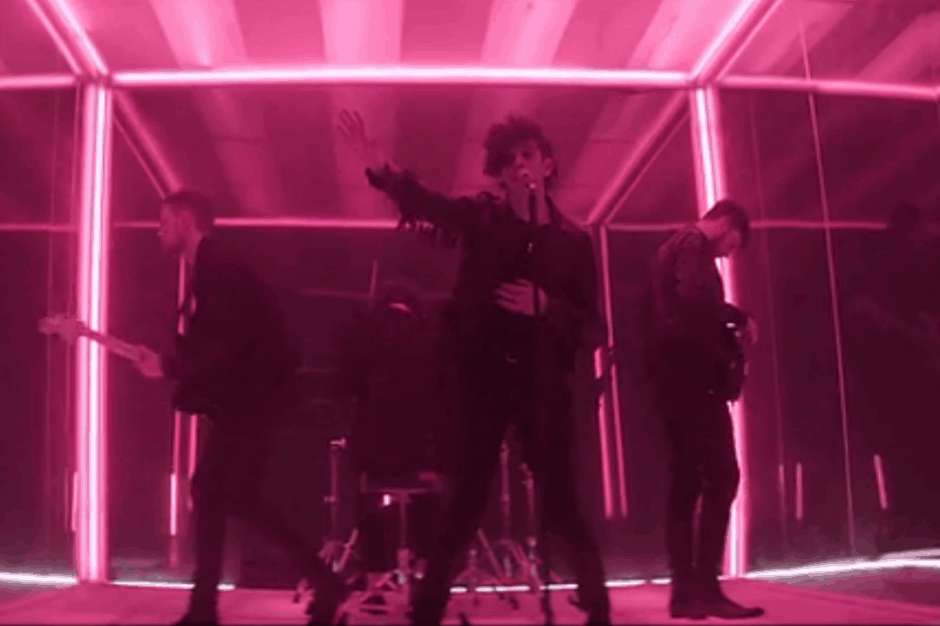 Today marks the release of the 1975’s much-anticipated second album I like it when you sleep, for you are so beautiful yet so unaware of it. To further build excitement, last night the band not only released a video for the album’s official second single “The Sound,” they performed the song live on Tonight Show Starring Jimmy Fallon. The band’s visual features them performing in a glass case of emotion, as critics assemble around them to comment “They’re essentially making robotic Huey Lewis tunes,” and “Terrible high-pitched vocals over soulless robo beats,” among other complaints. (Hey, we liked the album OK.)

Watch the video here, as well as the Fallon performance.