With "Love Me" and "The Sound" 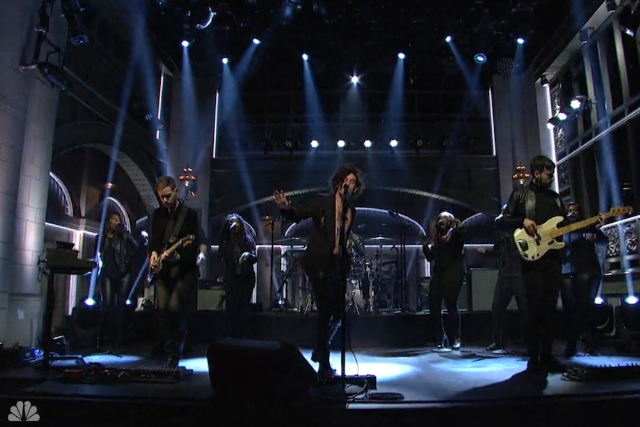 British pop-rock group the 1975 have what’s shaping up to be a stellar album —I like it when you sleep, for you are so beautiful yet so unaware of it — out on February 26, and last night, they visited Saturday Night Live to perform two of the LP’s most promising singles. For “The Sound,” the 1975’s lead singer Matt Healy flounced his hair around a bit while prancing and shimmying around the stage; later in the night, the funkadelic “Love Me” brought an electric energy to the television studio. Both songs are excellent; both performances are equally so. Watch below.

The 1975 Drop ‘The Birthday Party’ Video