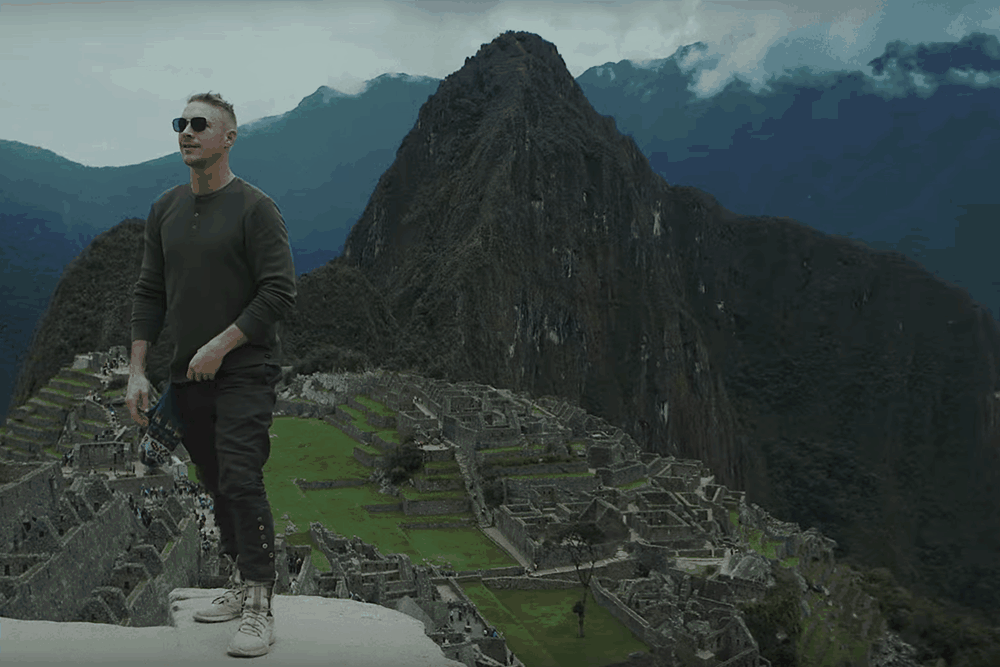 If you went somewhere cool without taking a selfie, were you ever really there? What’s the point if you can’t show it off? Perhaps that’s what Jack Ü’s Diplo and Skrillex were thinking when they made the video for their track “Mind” over the course of a year while touring the globe. The beautifully shot video follows the two superstar producers and vocalist Kai to various exiting locals, including Machu Picchu, Thailand’s Grand Palace, and the Canadian wilderness, intercut with concert footage (including a gig playing the halftime show at a Clippers game). Check it out below.