Well, that and "me being in my position, the chief law enforcement officer of the county" 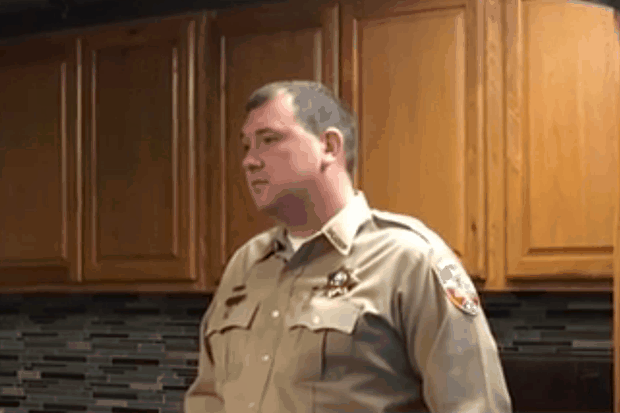 A Tennessee sheriff who, one assumes, probably didn’t love Kendrick Lamar’s performance at the Grammys last night, is suggesting that Beyoncé’s Super Bowl Halftime Show and recent “Formation” video are to blame for a recent shooting near his home.

According to The Tennessean, Rutherford County Sheriff Robert Arnold said that he heard shots fired outside his family home on Monday night, and discovered six casings near the scene. When a reporter asked if Arnold thought this was related to other, unspecified “targeting” of law enforcement, he seemed to agree. “Well, that’s actually what I thought about,” he said. “With everything that’s happened since the Super Bowl, and with law enforcement as a whole,” later specifying that he meant “Beyoncé’s video.”

Of course he also said that perhaps his home was seemingly targeted because of “me being in my position, the chief law enforcement officer of the county,” he said. “That’s the only thing that I can think of, is just me in my position as a whole.”

It’s deeply upsetting and frightening that Sheriff Arnold’s house was shot at, but it seems like a big leap to attribute the full inspiration for such a crime to a TIDAL exclusive. Watch Arnold’s press conference here.