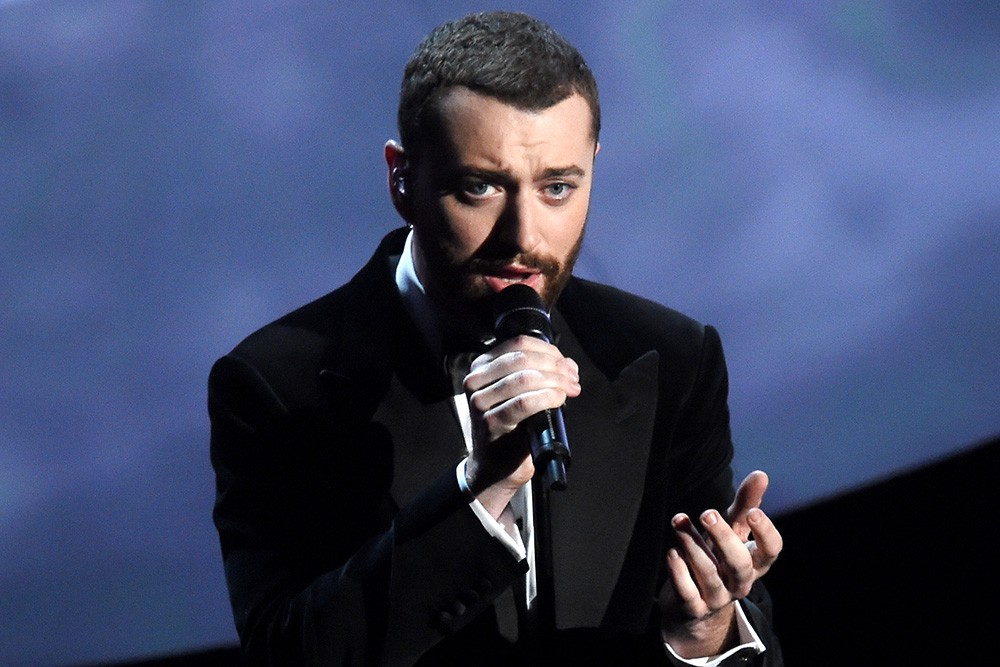 Update: Backstage after his win, Sam Smith was told he was not, in fact, the first openly gay person to receive an Oscar. “S**t!” he swore, adding, “F**k that!” When asked how he felt to continue in the legacy of fellow gay winners, Smith said, “Two’s my lucky number, so it’s all good.” Later, at a Vanity Fair party after the ceremony, Smith said he now thought he was the second openly gay person to receive the award. This is also not true. Watch footage of both of those occurrences below.

How did @samsmithworld react to finding out he wasn’t the first openly gay winner? #Backstage #Oscarshttps://t.co/qzZ6hGpOFu

Sam Smith has won the 2016 Academy Award for Best Original Song for his James Bond theme, “Writing’s on the Wall.” The British singer performed the track, which played during the opening credits of the film Spectre, earlier in the show. When Smith came onto the stage to accept the trophy, he quoted a line from Ian McKellen about how no openly gay man has ever won a Best Actor award, and dedicated his trophy to “the LGBT community.” Smith beat out Lady Gaga’s “Til it Happens to You,” the Weeknd’s “Earned It,” David Lang’s “Simple Song #3? from Youth, and “Manta Ray,” by J. Ralph and ANOHNI’s, “Manta Ray.” ANOHNI, the first transgender person to be nominated, boycotted this year’s ceremony.