Review: Future Speeds Down the Expressway to Yr. Skull on ‘EVOL’ 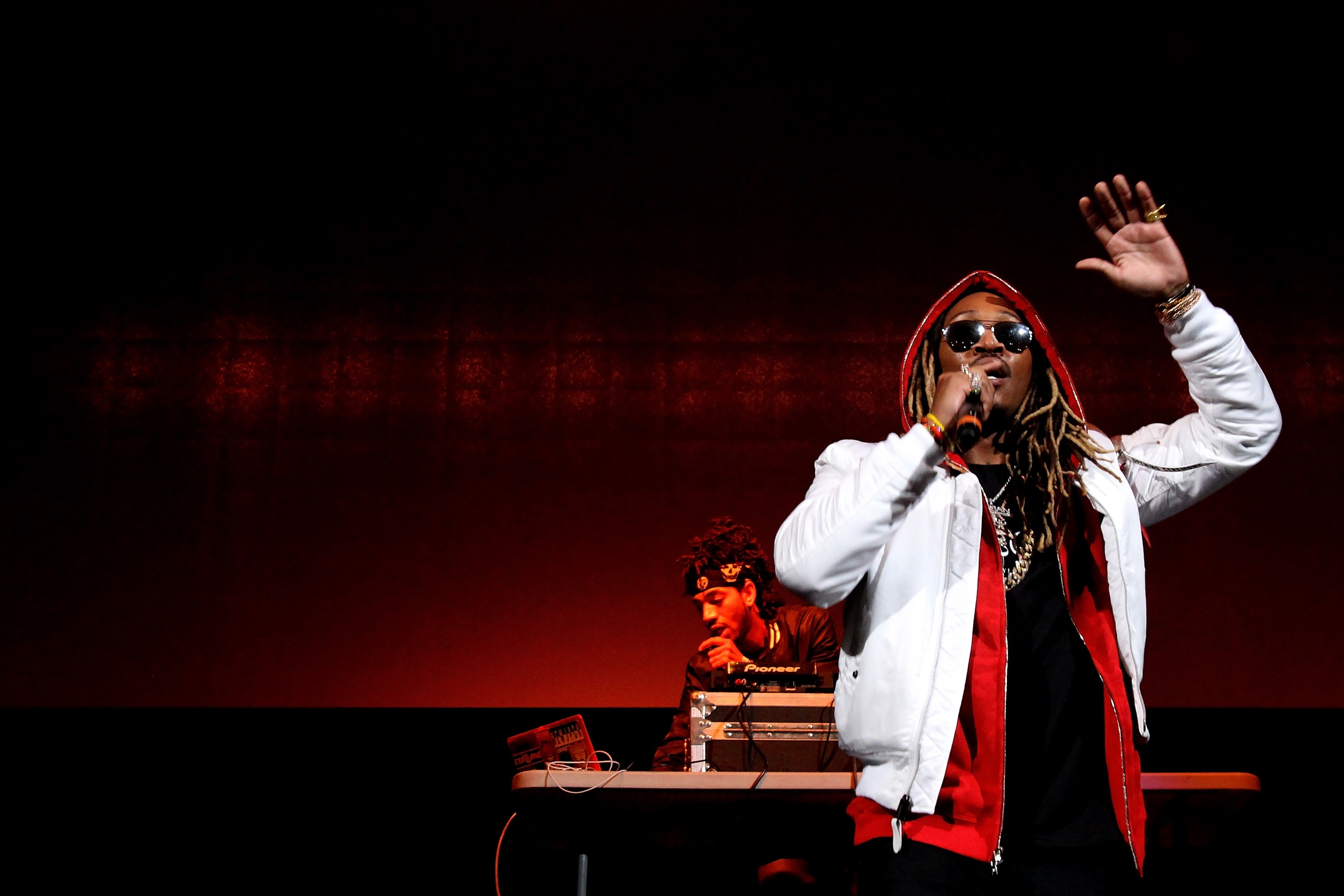 Given his current output rate, it seems apropos that Future begins EVOL with a song titled “Ain’t No Time.” Releasing new music at a manic pace since October 2014, Nayvadius Cash has shown no interest in taking a break but instead upping the ante like a person aware of their own cultural (and actual) mortality and making the most of it. The result has been six good-to-great different collections of songs that are about pain as much as anything else. With his seventh offering in 15 months, Future seems to be slinking even further into his most inward, gut-wrenching impulses. Similar to last year’s foggy, insular 56 Nights mixtape, EVOL is an album less interested in club bangers than a more demonstrative, internal exorcism of his personal wounds and drug-induced demons within the confines of trap music. On “Lil Haiti Baby,” Future raps lines like “Dumping down the pills, I feel my head explodin’ / Roll a pound of dope, I gotta keep on smokin’” in an exuberantly grizzled (and hyped) voice, contrasting the grim images of the perils of excess.

Making the case for Future as a nihilist fueled by depression has become such a popular exercise for rap writers that we’re almost tripping over ourselves after each successive release to tell you how miserable he’s become. He more than likely doesn’t do as many drugs as he purports in his raps but it’s never really mattered; the drug talk is a means to an end, a tool used to fuel the sadness of success and pain that’s really been at the heart of his music. On the aforementioned “Ain’t No Time” he raps, “I did what I had to do, I ran in that bitch and I didn’t have a mask / I did what I should have did, survive through the trenches and look like a man,” with jaded vagaries about gangbanging and street life circumstances that forever cloud his head. The darkness is always prodding and slipping through these raps, threatening to suffocate any pleasure felt in a given moment.

EVOL is a slower burn of a record; there’s no standout track like “March Madness” or “Where Ya At,” and the closest the album comes to having one is from the only cut with a guest feature, the Weeknd-assisted “Low Life,” which drowns in its own sleaze. EVOL is a curious beast; it doesn’t feel like the kind of record that a rap star at his creative and career peak would be making. It seems to completely invert Future’s prowess at making viscerally exciting turn-up music in favor of something more internally affecting. This isn’t new, of course; he’s just never done this for an entire record.

The standout track, “Lie to Me,” is an oozing, claustrophobic therapy session; Future warbles about his shrinking friend circle, untrustworthy women, and unidentified targets of his ire: “Tell that lil’ nigga to stay in his place, before I expose you / You take one shot at me, you know that’ll cause an explosion / Never fight the hand that feeds you, nigga.” It’s the most explicitly somber song on the album in that it is the most readily identifiable example of the pain and frustration dwelling in his music. It’s also a great showcase of Future’s ability to combine different styles, voices, and melodies in one song with such ease.

Where 56 Nights and DS2 captured the public’s attention and energized it immediately, EVOL does not provide that same rush. It’s a more closed-off record by design but also hints at a possible exhaustion from pumping out so much music in a short amount of time. Songs like “Program” and “Xanny Family” aren’t particularly bad, but do feel unnecessary and humdrum in a way that feels very much the same as late additions to a school project the night before it’s due. EVOL is fascinating when thought of as an intimate album, but there’s enough evidence to make you believe Future really should take a bit of a hiatus.

EVOL, along with the Purple Reign mixtape, doesn’t provide that instant hit that Future’s world-class 2015 was so full of. Instead it crawls into your brain and makes itself at home; you’ll find yourself going back to it over and over without even realizing. Mainstream-rap radio features plenty of copycats disguised as Future following his blueprint for disposable party music, but Future continues to churn out soul-punching sagas disguised as a party.