The song still goes off though 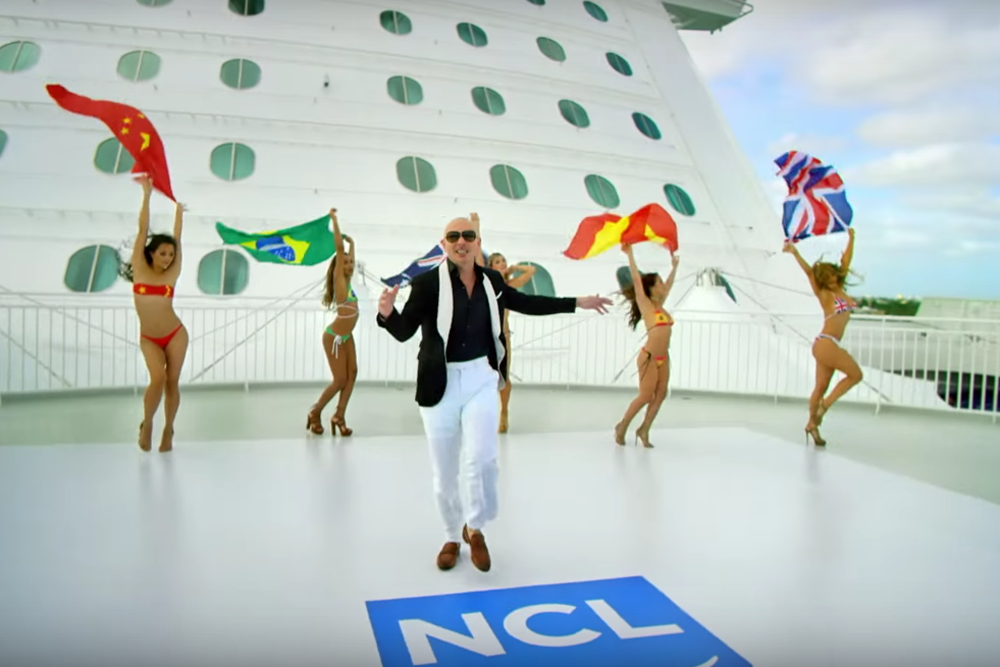 Pitbull is no stranger to grandeur; most of his hits are big, swaggering pop songs that blend hip-hop, electronic, dance, reggae, and a bunch of other genres into a melting pot of easily digestible success. His newest single “Freedom” — off his upcoming album Climate Change — reinterprets and semi-samples the Soup Dragons’ “I’m Free,” itself an reinterpretation of the Rolling Stones’ song of the same name, but maximizes the effect by 100.

That’d explain why Pitbull’s new “Freedom” music video is just as big — think gigantic cruise ship big. Sure, the Miami-based rapper could’ve gotten a fleet of yachts if he’d wanted, but when Norwegian Cruise Line offers to front the cost of your visuals, you can’t say no, we assume. Anyway, the “Freedom” video features Pitbull on a cruise ship with a bunch of beautiful models behind him. There’s a loose plot, if you could call it that — going on cruises leads to fun and sometimes mischief! — but ignore the demi-narrative and let the song’s pounding synthesizers crash over you instead.

Does Jeff Bezos Look Like Pitbull to You, Too?