The irony on display here is lost to approximately no person 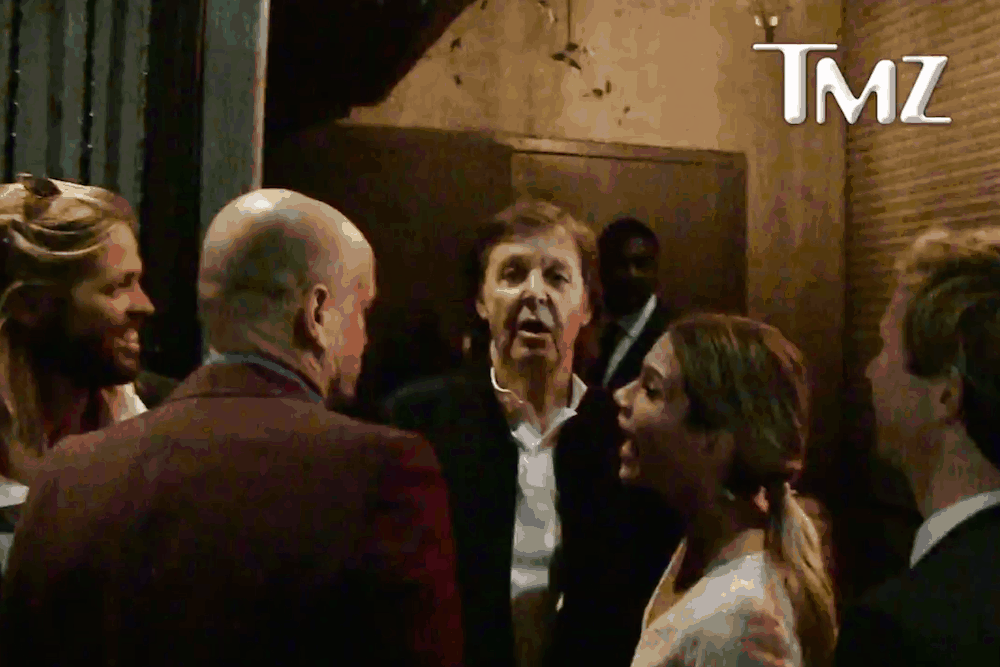 Paul McCartney. Beck. Taylor Hawkins. Separately you have three of rock and pop’s biggest hit-makers, responsible for decades of pure musical bliss; together, you have a trio of legendary musicians who last night were denied entry to Tyga’s post-Grammy Awards soiree in Los Angeles.

TMZ caught footage of the three men outside of Argyle in Hollywood, where they were denied — and remember, one of these men was a founder of the Beatles — not once, but two times from entering the party. The footage begins with the cameraman asking a stone-faced McCartney what his favorite Rolling Stones song is, and that reaction alone is worth your investment. Then, as he, Beck, and Hawkins are blocked from entering, the “Hey Jude” crooner bemoans: “How VIP do we gotta get? We need another hit guys, we need another hit.” He points his finger at Beck: “Work on it.”

Watch three music legends get barred from entering a party hosted by one of music’s biggest jokes below.