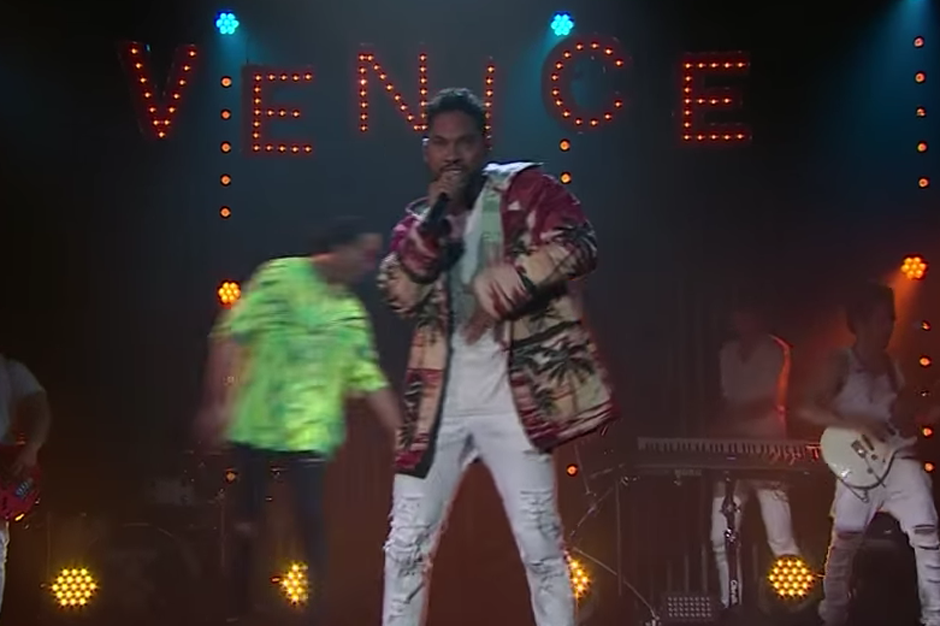 Miguel visited the Late Late Show With James Corden last night, where he performed WILDHEART single “waves” and hung out with the show’s host for a quick chat.

During their discussion, Miguel talked about performing at his old middle school, proposing to his girlfriend of ten years, and touched on his forthcoming remix collection, Rogue Waves, which he said would drop on Friday, February 26. It will feature Tame Impala, Kacey Musgraves, Travis Scott, and more. It was originally thought that Musgraves would join Miguel on the show, but according to Pitchfork, the country singer’s representative denied the report.

Watch Miguel’s performance and interview below.