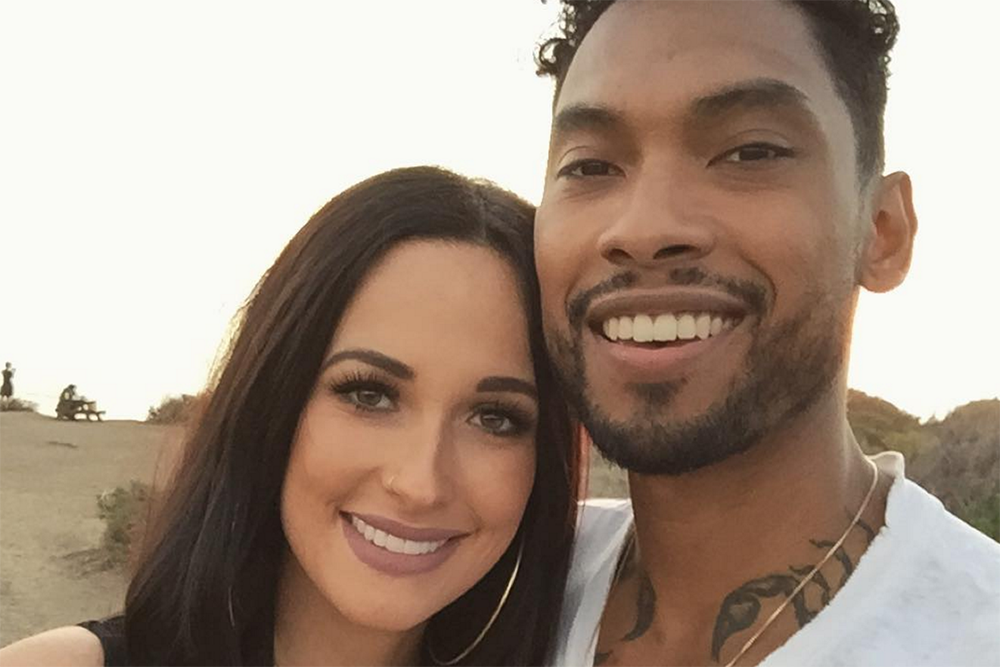 Update 2: Check out the first of the four remixes, featuring Travis Scott, below. The two performed the song live on Ellen.

Update: They did record a song together, and it looks to be a remix bundle of Miguel’s “waves” called Rogue Waves, which also features Travis Scott, RAC, and Tame Impala. Look for that on February 26.

Well this is a lot to take in: It looks like “Dime Store Cowgirl” Kacey Musgraves and sex incarnate Miguel have recorded a song together. The pair Instagrammed a selfie last week, and on the Grammys red carpet the “Biscuits” singer hinted at a collaboration, but now we have some more concrete proof, as the two are set to perform on CBS’ Late Late Show With James Corden this Wednesday. It’s unclear what Miguel and Musgraves have cooked up — a “waves” remix, perhaps? Perhaps it’s not so surprising that they’re collaborating, as they have played together in the past — in 2014 the duo played “Crying In The Rain” at a tribute gala for MusiCares Person of the Year, Carole King. Doesn’t make it any less cool. (h/t Headline Planet)