Maurice White of Earth, Wind & Fire: Chasing the Clouds Away

“Strong, driving rhythm and easily remembered hooks.” That’s how Earth, Wind & Fire founder and mastermind Maurice White — who died yesterday at 74 — recently described the formula that led to his band’s commercial breakthrough. Were it that simple, though, a lot more acts would post sales numbers that approach nine figures. What differentiated EW&F – and White in particular – was a suffusion of optimism, a joy insisted upon and labored over.

The chops didn’t hurt either. White honed his as a session drummer for Chess Records in the 1960s, backing a host of jazz, soul and blues luminaries. That’s him on Billy Stewart’s “Summertime”, Fontella Bass’s “Rescue Me”, and Minnie Riperton’s “Les Fleurs”. He caught on with the Ramsey Lewis Trio, a soul-jazz combo whose easygoing, pop-conversant (and Latin rhythms-salted) sound garnered the group a Grammy in 1967 and surely influenced White’s musical trajectory. In ’69, he formed his own group – the Salty Peppers – with vocalist Wade Flemons and keyboardist Don Whitehead. The Peppers issued a couple proto-funk singles on White’s Hummit label, moved to Los Angeles, and expanded the band. With soul legend Donnie Hathaway’s assistance, the group hashed out a demo tape and signed to Warner Bros. (A collection of the Salty Peppers’ singles and demos was released last year.)

White made his move. He chose a new moniker for the band, one named for the elemental qualities of his Zodiac sign. Earth, Wind & Fire were off and running: issuing two LPs in 1971, with the Melvin Van Peebles-written soundtrack to Sweet Sweetback’s Badasssss Song in between. After all that activity (musically indebted to Sly Stone and Allen Toussaint, but with a posi vibe all White’s own), they didn’t have much to show for it. Frustrated with Warner’s focus on singles, White dissolved the group, then reassembled it with a clutch of new members like Friends of Distinction vocalist Jessica Cleaves, guitarist Roland Bautista, and – most crucially – Coloradan vocalist Philip Bailey. A New York concert brought Earth, Wind & Fire to the attention of Clive Davis, and he signed them to Columbia (the label, coincidentally, that distributed the Salty Peppers).

And sure enough, the vision took. After a couple albums of splendidly spiritual funk, the band hit with 1975’s “Shining Star,” their only pop No. 1. It feints at the gutty funk of Kool & the Gang, but the true hook was the chorus, when the guitars dropped out and the frontline got to blast. Maurice White had a mighty collective at his disposal, and had no interest in personal stardom. Bailey was the key: His angelic tenor glided over air-tight, lightly stepping compositions arranged by the mighty mighty Charles Stepney, a former Ramsey Lewis sideman. Stepney oversaw the bulk of Earth, Wind & Fire’s 1970s output, a formidable set of records that stacks favorably against anyone else’s from this era. White’s template of rhythm and hooks resulted in a sequence of LPs as warm and promising as spring. His conception of EW&F as an album group still held — check out 1976’s “Biyo,” with its computer-loving sequencing; 1975’s “Reasons,” an R&B radio staple that pairs a creamy Bailey vocal with nagging organ and a high-stepping backbeat; and 1979’s “You and I,” which conjured a horn chart straight out of The Royal Scam — but the world was finally receptive to their poppy excursions. 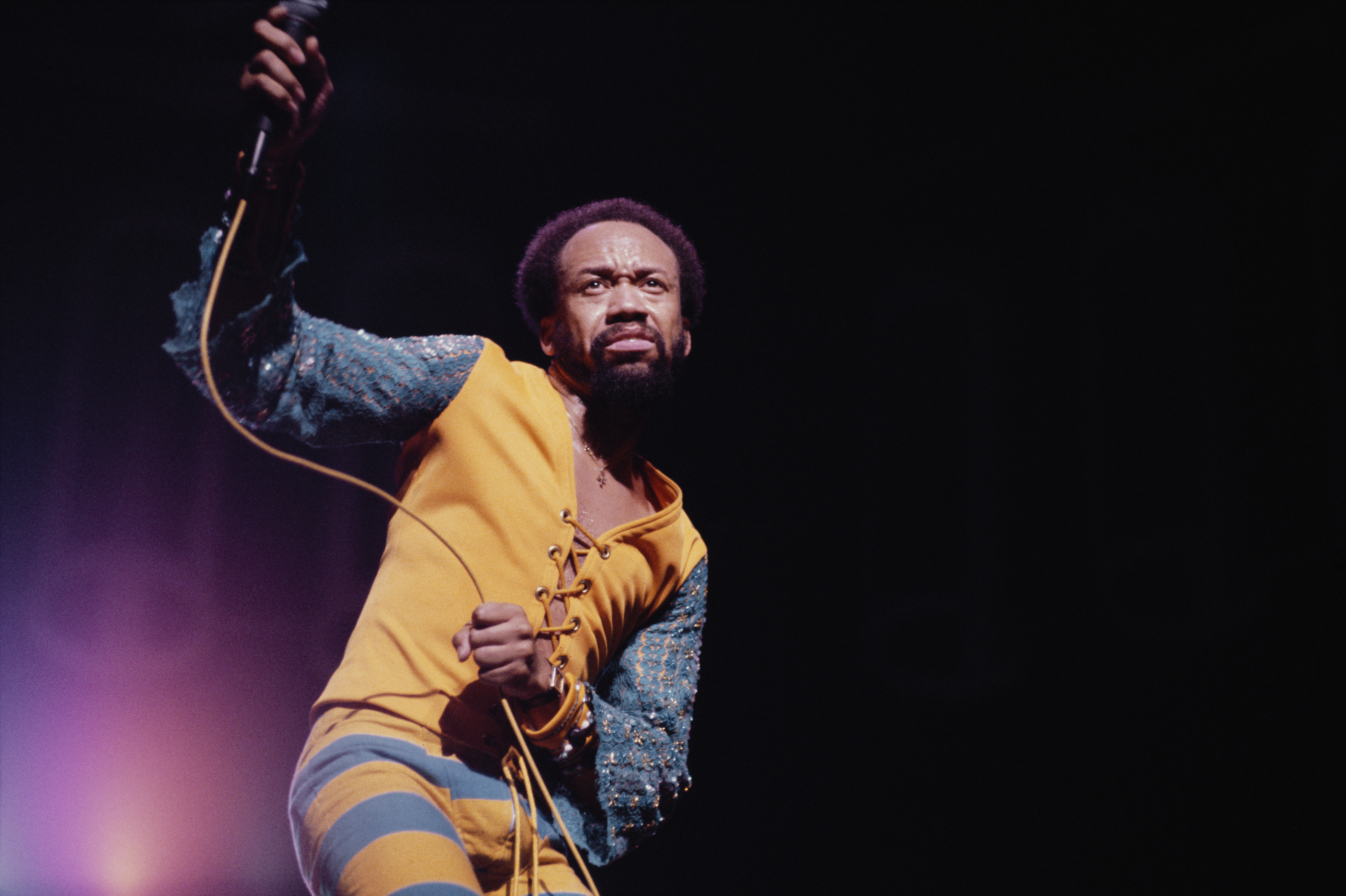 They were, as Alfred Soto notes, “the best band the sixties happened to”. White’s goal was to entertain, yes, but also to uplift. Their concerts became ebullient, showy affairs: Over a dozen players summoning the good times with the help of stage magicians Doug Henning and an apprentice named David Copperfield. As a producer in the ‘70s and ‘80s, White midwifed a number of big-hearted, twinkling tunes for Deniece Williams, Neil Diamond, and Barbra Streisand. The most successful of these was 1977’s “Best of My Love”, the five-week pop No. 1 White and EW&F guitarist Al McKay wrote for the Emotions. It was a typically tight production, with its laconic bassline and midtempo lope ceding plenty of room for the singers to kvell. White’s pop impact was felt indirectly as well: EW&F’s brass section — the versatile, precise Phenix Horns — played on nearly half of Phil Collins’ solo debut, 1981’s Face Value kickstarting a studio and live partnership that lasted over a decade.

And the result was frequently sublime. “September” is probably their signature song, a greatest-hits extra that clops merrily along, the Phenix horns echoing and goosing Bailey’s half-nonsense chorus. The song was reputedly cut in one take; the band considered the bah-dee-ah bit to be a placeholder, but White – possibly remembering Fontella Bass drawing on her gospel background to ad-lib “Rescue Me” into immortality – held firm. “As long as it feels good,” his brother and EW&F bassist Verdine White remembers Maurice saying, “that’s the most important thing.”

Maurice White and Earth, Wind & Fire met the ‘80s head-on, releasing three records fully conversant with modern electronic production (and Journey-style art direction): Raise! featured “Let’s Groove,” a vocoded titan of post-disco; Powerlight (which spawned “Fall in Love With Me,” their final Top 40 hit) was a strutting marvel of sequencing; Electric Universe (written in collaboration with English studio rat Martin Page) was basically a lost Jacksons album, right down to the skittery, slappy “Moonwalk”. Chart-wise, EW&F was becoming a diminishing enterprise, and White brought it to an end. Philip Bailey kept busy with “Easy Lover” and a string of gospel albums; White produced other artists and released his only solo effort, 1985’s Maurice White, which yielded an R&B hit via a synth-funk cover of “Stand By Me”.

Earth, Wind & Fire reunited for 1987’s Touch the World, but as usually happens with late-career veteran acts, any chart success was secondary to the concert draw. This was a time for victorious tours and lifetime achievement awards. In ’99, the year before the band was inducted into the Rock and Roll Hall of Fame, White revealed that he had been diagnosed with Parkinson’s. His live performances having come to an end, he focused on writing and producing EW&F records (1990’s Heritage boasted features by Sly Stone and MC Hammer, 1993’s Millennium garnered them a Grammy nod for “Sunday Morning”) until 2005’s Illumination.

As pop drafts new structures from the sharp angles of ‘80s R&B, Earth, Wind & Fire’s star shines brighter than ever. Maurice White liked to describe his group’s output as “spectrum music”. The claim is a common one — countless acts have posited themselves as doggedly cross-genre — but EW&F managed the rare trick, synthesizing a host of styles into one seamless, positive whole. Their catalog was rooted in joy, and that’s as easily recalled as any hook.