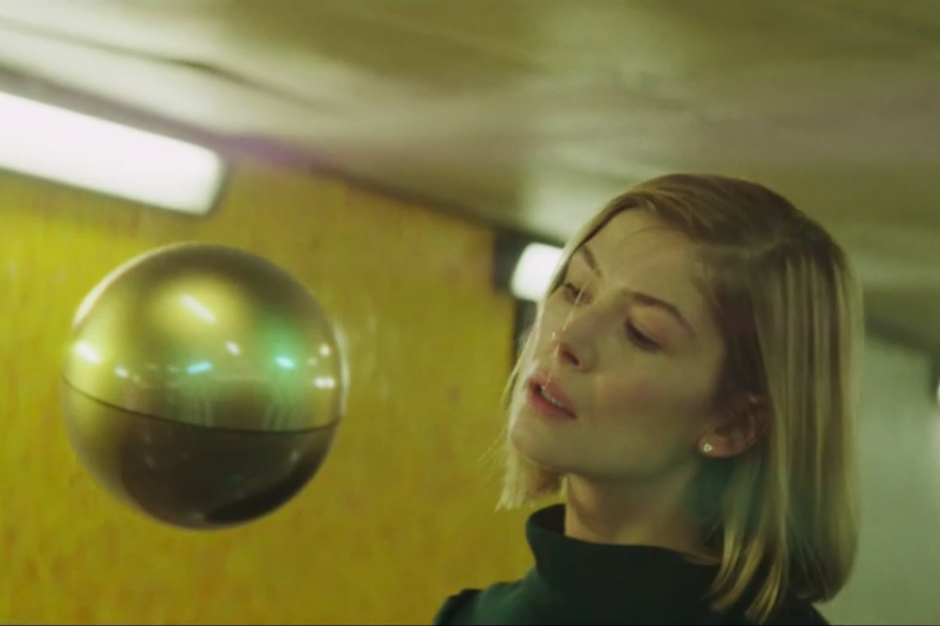 U.K. dark-pop collectives (and generation-spanning kindred spirits) Massive Attack and Young Fathers teamed up earlier this year for “Voodoo in My Blood,” off the former’s excellent new Ritual Spirit EP. Today they’ve released the video for the track, starring Gone Girl Academy Award nominee Rosamund Pike as a woman confronted in a subway by a mysterious orb, which sticks her in her eye and exerts physical control over her — mostly forcing her to slam her head into the wall and flail around like a dancing Elaine Benes.

It’s a disconcerting clip that recalls the paranoia and claustrophobia of Jonathan Glazer-directed Massive Attack videos past. Watch here.