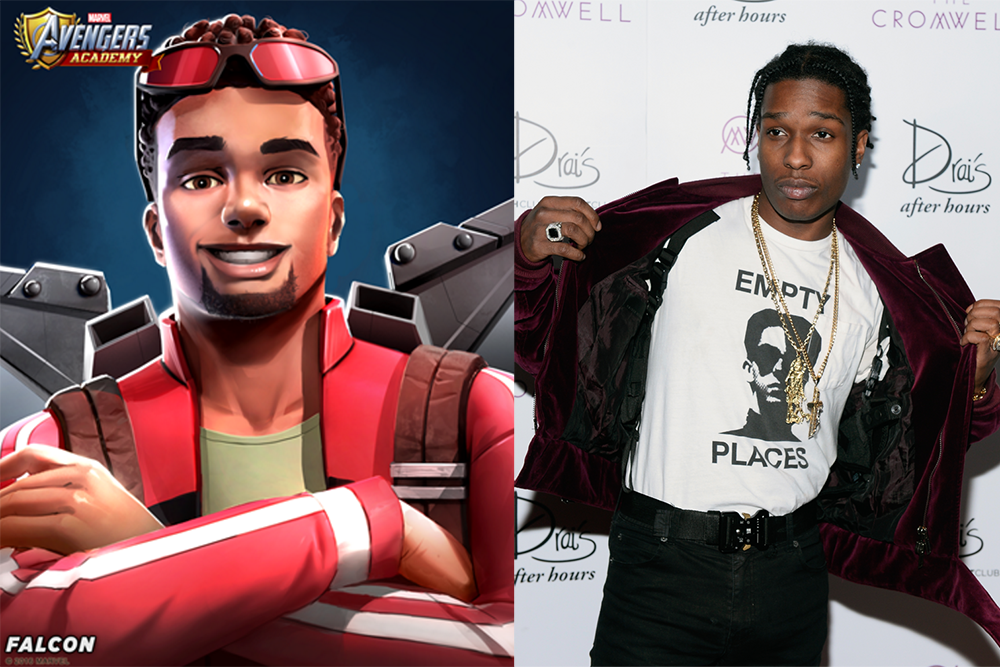 Rapper A$AP Rocky is providing the voice of the ace superhero Falcon in a new Marvel Comics game. The app, Marvel Avengers Academy, recasts the company’s most famous characters as #teens learning to be better heroes. Other voice actors include Dave Franco as Iron Man, John Cena as the Hulk, Alison Brie as Black Widow, and Colton Haynes (Arrow) as Thor. Future updates will introduce Priyanka Chopra as Ms. Marvel, Bella Thorne as Tigra and Mad Men’s Kiernan Shipka as Spider-Woman. Download the game here or here.

This isn’t the first time Falcon and A$AP Rocky have crossed paths. Back in July Marvel unveiled a series of comic covers that were homages to classic hip-hop albums. Falcon — who in the current comics universe has taken the mantle of Captain America — aped the art for Rocky’s 2013 album Long.Live.A$AP on the cover of his first issue.

LISTEN TO ME SPEAK ON THIS GAME- https://goo.gl/sYWsWg