Madonna Performed ‘Take a Bow’ Live For the First Time

During a 'Rebel Heart' tour date in Taipei 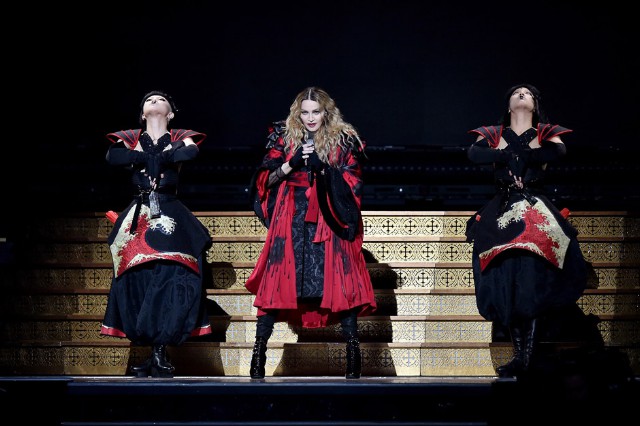 Madonna has never performed her 1994 song “Take a Bow” live before (save for the 1995 American Music Awards, as PopCrush reminds us). Until today, that is. During a Rebel Heart tour date in in Taipei, Madge broke out the Bedtime Stories cut for her audience for the first time. “That was fun! First time ever. Hit a few bad notes, but it felt good to sing it,” she said to the crowd. Watch some fan-shot footage below.