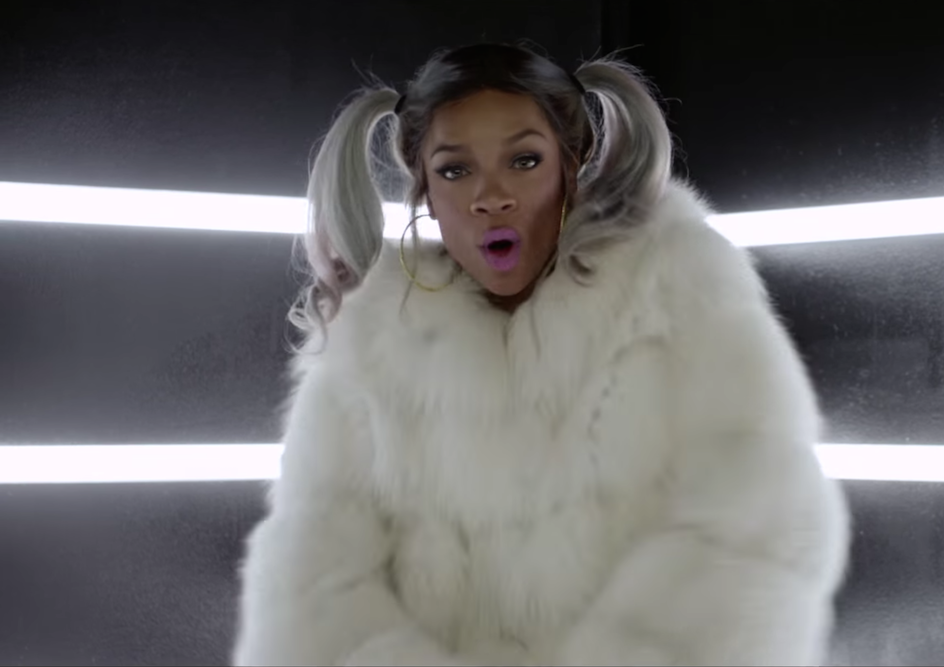 New York rapper and “Lip Gloss” aficionado Lil Mama visited Power 105.1’s morning show, The Breakfast Club, five years ago. On the show, the one-time VMAs stage-crasher wept remembering how she’d released her debut album while her mother was dying of cancer. Years later, someone screen-shotted the now 26-year-old in the throes of a good old-fashioned cry, threw it up on Twitter, and a meme that lives and thrives to this day was born.

Lil Mama’s no bad sport though; the “Sausage” connoisseur has instead leaned directly into the flames and laughed doing so with her new music video, “Memes.” The visual starts with a clip of that infamous Breakfast Club appearance as the newly rejuvenated rapper sits in a throne, watching with a hat perched over her eyes. As the tears begin to flow, modern-day Mama turns off the TV, twirls her bejeweled cane, and raps her goddamned face off. This — this right here — is the way to turn the Twitter tides back in your favor. Consider us firmly onboard this career resurgence.

Lil Mama on Stage-Crashing 2009 VMAs: ‘A Person Could Be Damn Near Suicidal’

In My Room: Lil Mama