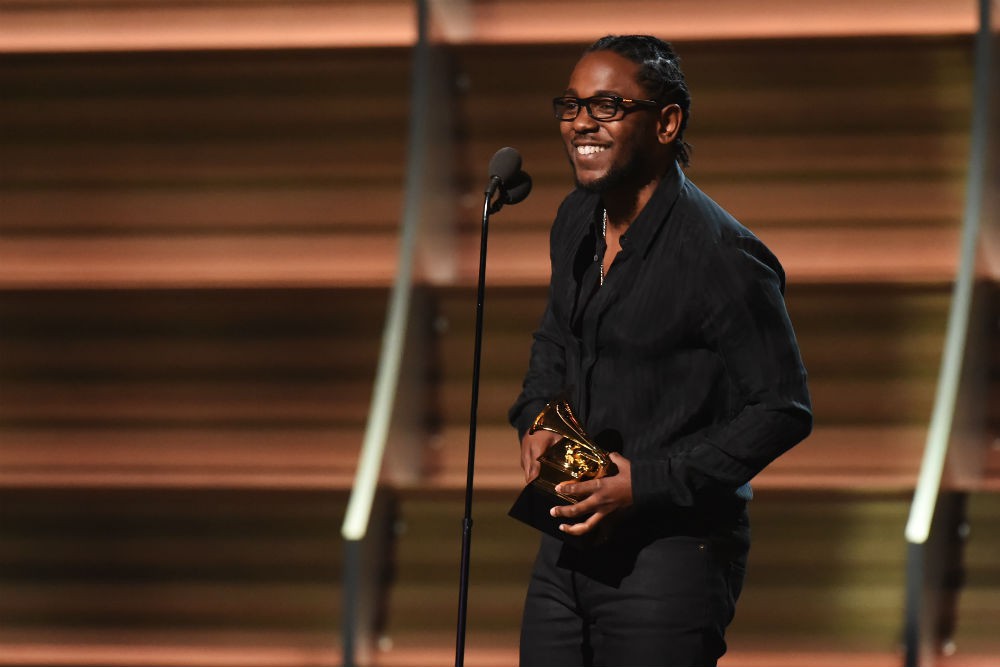 Update: Kendrick Lamar also closed his Grammys performance by debuting a new song. No word yet on the track’s title or if it will see an eventual release, but stay tuned.

Kendrick Lamar just gave the most electric performance at the 2016 Grammy Awards thus far, playing two cuts from his landmark LP To Pimp a Butterfly. The Compton rapper — who was nominated a near-record number of 11 times, and has already won five trophies tonight — delivered stunning renditions of “The Blacker the Berry” and “Alright,” performing in front of a setup modeled to look like a county jail, rapping beside a controlled fire onstage, and just generally upping the bar for everyone else who has the disadvantage of following him tonight. The body paint on his back-up dancers, the strobe lights, the quick camera cuts as his rapping gets fiercer and more intense — this was the liveliest moment in an otherwise embalmed evening.

Watch the clip below, and keep an eye on our full list of tonight’s winners. Kendrick’s already collected statues for Best Rap Song (“Alright”), Best Rap Performance (“Alright”), Best Rap/Sung Collaboration (“These Walls”), and Best Rap Album (To Pimp a Butterfly). He’s still got a shot at taking home the top award, Album of the Year.