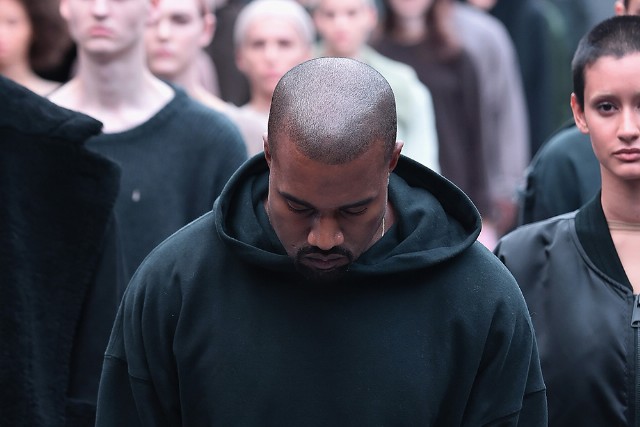 Barring different stage setups and such, the Garden holds a maximum of 18,200 people — though ‘Ye seemed to indicate he’d blocked off at least some of the seating for aesthetic reasons relating to the show.

This morning, however, an email blast went out to select fans advertising the show’s need for paid extras — 1,200 of them, to be exact. “Yeezy Season 3 is launching a casting for up to 1200 paid extras to participate in the exclusive Yeezy Season 3 fashion show, and premiere of Kanye West’s upcoming album at Madison Square Garden on February 11th,” the email read, advertising payments between $50 and $80 for attending.

Here, according to the casting website, is what Kanye West extras should expect:

Extras will go through makeup & wardrobe and will be positioned throughout the floor of Madison Square Garden in a fully designed set. They will stand comfortably throughout the set and receive direction on their performance gestures. 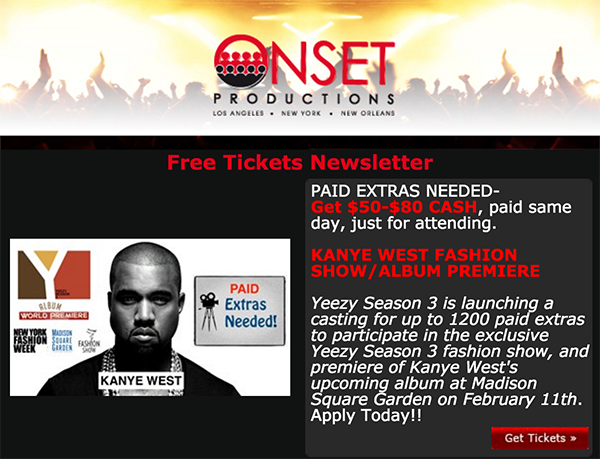