Will this throw a monkey wrench into the singer's monkey plans? 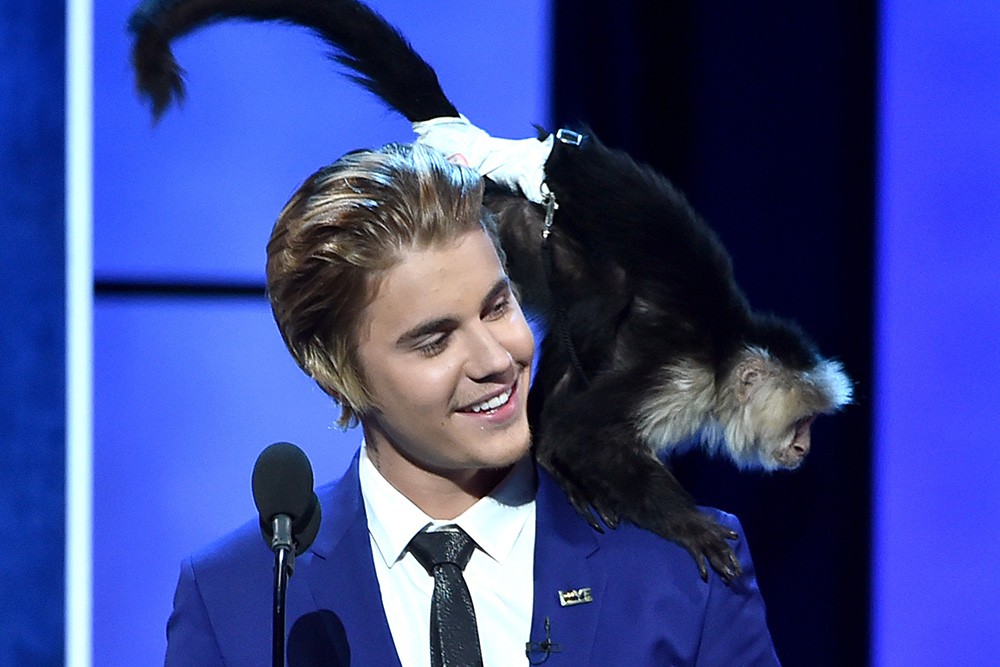 A telling thing is that, for most people, having an illegal pet monkey confiscated by German authorities would be the single wildest thing ever to happen to them. It might not even crack Justin Bieber’s top-ten craziest moments. But to recap, the Purpose singer owned a pet capuchin monkey in 2013, and abandoned it in Germany when officials barred him from leaving the country with his primate buddy. In a recent GQ profile, Bieber said that he’d be interested in getting another monkey.

Yeah, one day. Just gotta make sure I got a house and it stays in the fucking house. I’m not gonna bring him to Germany or travel with it anymore. People are always like, “Why did you get a monkey?” If you could get a monkey, well, you would get a fucking monkey, too! Monkeys are awesome.

This, it should go without saying, is a terrible idea. But the North American Primate Sanctuary Alliance felt compelled to say something anyway. “Please do not repeat this foolish endeavor,” NAPSA said, according to TMZ. “It is simply not possible to fulfill the unique needs of your monkey within a private home.”

Owning a pet monkey is still illegal in California, so it doesn’t seem like the Biebs will be able to (legally) replace his old capuchin with a new, sexier monkey. The walls of Bieber’s mansion will not, it seems, be adorned in s**t. Well, at least not monkey s**t.