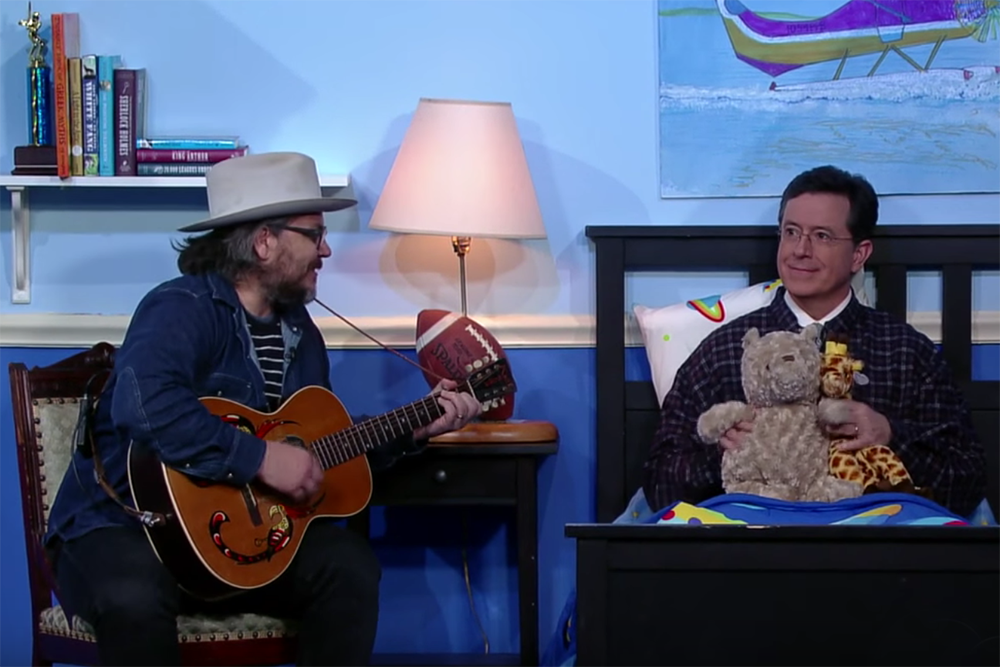 As the name suggests, The Late Show With Stephen Colbert is on, well, late at night. And sometimes a host gets tired. Luckily, Jeff Tweedy and the rest of Wilco were there yesterday, and after playing “Random Name Generator” from their 2015 surprise release, Star Wars, the frontman was on hand to tuck Colbert and his stuffed animal pals into bed and serenade them with a sweet lullaby. It goes without saying that it’s a much, much, much less-disturbing tune than Father John Misty’s demonic lullaby that was — mercifully — cut for time a few weeks back. Watch Wilco and Jeff Tweedy’s performances below.