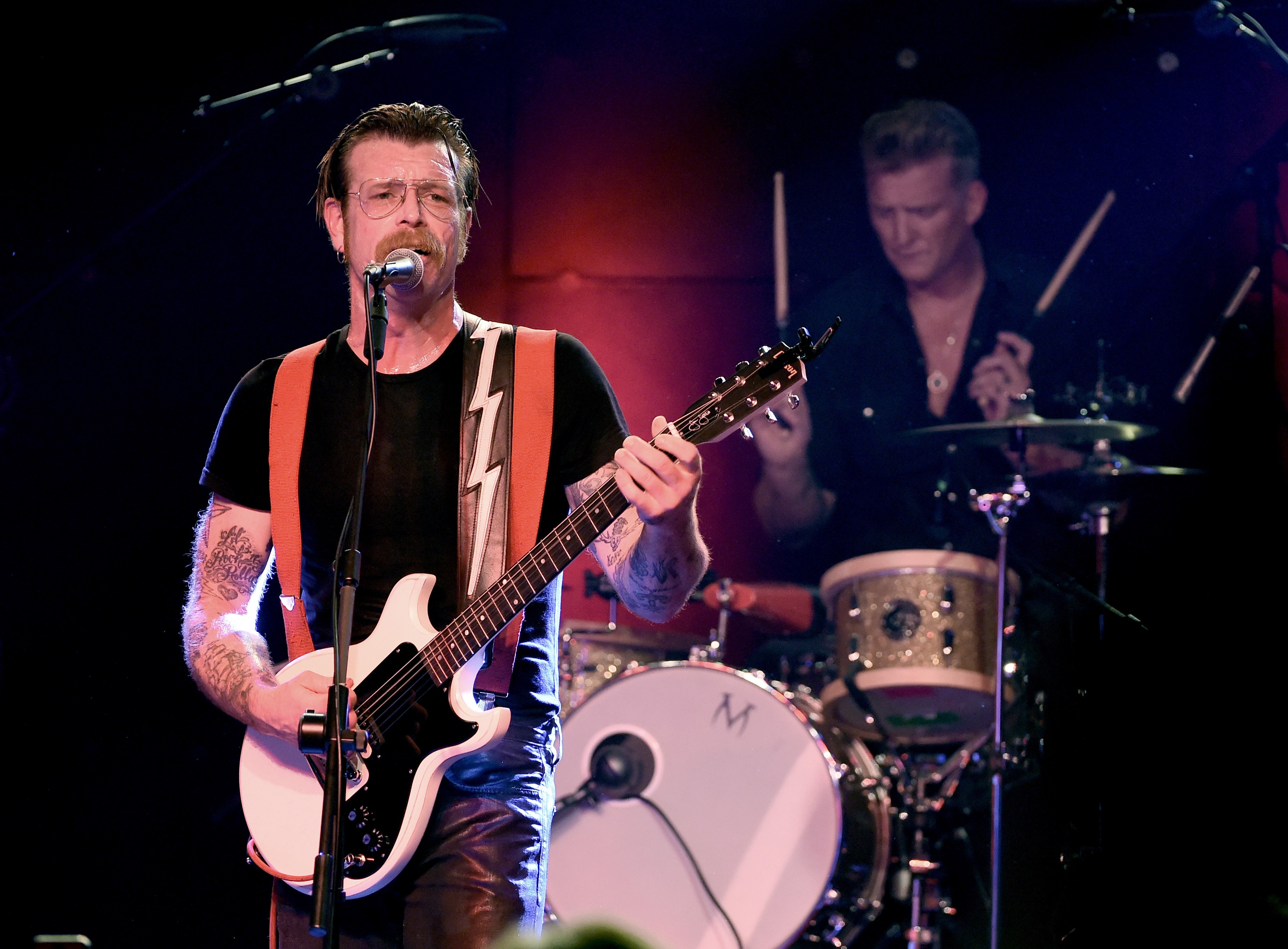 Eagles of Death Metal have canceled their remaining European tour dates so singer and guitarist Jesse Hughes can recover from a hand injury.

The Nos Amis Tour was already rescheduled once, after the November terrorist attacks in Paris killed 89 people at the band’s Bataclan gig. On Februrary 17, EODM returned to Paris for an emotional show at the Olympia Theatre that was free to survivors of the first concert.

According to Rolling Stone, the band posted a now-deleted Facebook update which specified that Hughes had suffered a torn finger tendon. “I’m devastated that we cannot continue what has been a life-changing return to Europe, but I need to get repaired so we can continue to play rock music around this beautiful world, including coming back to Europe even stronger in the summer,” Hughes said in the statement.

The band is presently scheduled to restart the South American leg of their tour in Colombia on March 9.