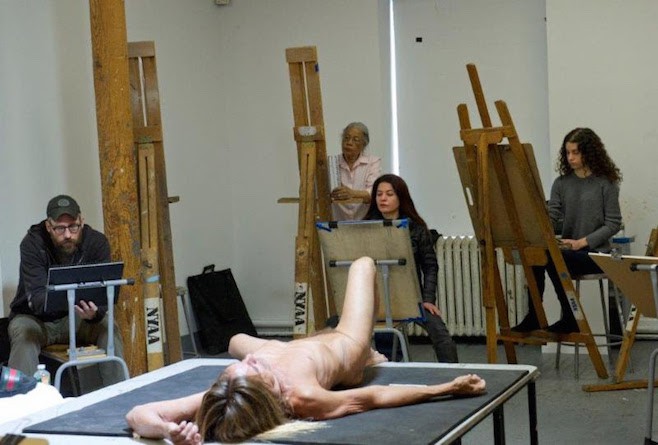 Iggy Pop, who will soon put out a collaborative record with Josh Homme called Post Pop Depression, recently served as a nude model in a life drawing class at the New York Academy of Art. Held on February 21, the session comprises drawings done by 21 artists ranging in age from 19 to 80 and was organized by the Brooklyn Museum and created by British artist Jeremy Deller. It’ll be part of a forthcoming Fall 2016 exhibition called Iggy Pop Life Class and will premiere at the Brooklyn Museum before going on tour.

“The life class is a special place in which to scrutinize the human form,” Deller said of the project. “As the bedrock of art education and art history, it is still the best way to understand the body. For me it makes perfect sense for Iggy Pop to be the subject of a life class; his body is central to an understanding of rock music and its place within American culture. His body has witnessed much and should be documented.”

Look for Post Pop Depression on March 18 via Loma Vista.